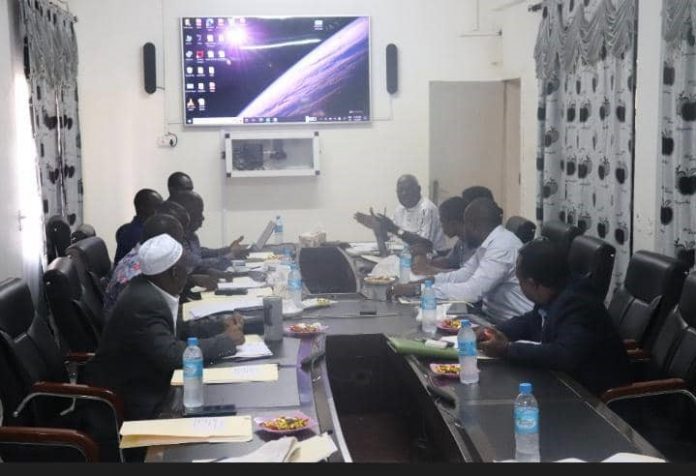 Under the aegis of the World Bank Skills Development Project, the Ministry of Tertiary and Higher Education (MTHE) and National Council for Technical, Vocational and Other Academic Awards (NCTVA) have concluded a one-day consultative meeting on the proposal to revise the 2001 NCTVA Act.

The session which attracted several dignitaries and stakeholders was held at the Conference Room of the Ministry of Technical and Higher Education (MTHE).

Chief Technical Higher Education Officer, Dr. Josephus Brimah commended the NCTVA Adhoc Committee for producing a draft document that speaks to the contemporary issues relating to education and training, the National Qualifications Framework, Apprenticeship and Recognition of Prior Leaning among others.

He remarked that the document was warmly received by the MTHE, Hon. Prof. Alpha T. Wurrie and senior management of the ministry. He opined that the meeting was a continuation of the process that started a couple of months ago, and looked forward to the three other regional meetings to be organised culminating in a National Validation workshop to be held in Freetown.

On his part, Chairperson of the ADHOC Committee, Ing. Badamasi Savage said that the meeting was a very crucial one. He remarked the prosed change is very important, but that things should be done with caution, commitment and high spirit of nationalism.

He said that the process was happening at an opportune time and encouraged members to embrace change. He described the proposed new name of the Council to be the National Council for Skills Education and Qualification (NaCSEQ) as most appropriate, giving the growing importance of skills in national development, youth empowerment and employment.

Several deliberations were made during the presentation of the document. Director of NCTVA, Ing. Mohamed A. Jalloh said that several processes and procedures including consultative meetings were to be done if the new Act is to take effect.

He thanked the World Bank for supporting the workshops relating to the exercise. This, he said has been aiding the speedy implementation of the entire process.  He added that the process speaks to the National Qualification Framework and other emerging issues in the training and education land escape.

NCTVA Council Chairman, Professor Abdul Karim observed that the institution has a vision of change and that the focus is to upgrade institutional framework. He emphasized that they will ensure adequate engagement with the media and other stakeholders to ensure that the population fully appreciates the process.

Other consultative meetings (regional and national) would be held in the coming weeks. Other participants included the Director, TVET|MTHE, Abdul Senesie, members of the Adhoc Committee including representatives of partner institutions, the Ministry of Labour, University of Sierra Leone, EBKUST, Eastern Technical University, Njala University and SLARI.

The meeting ended on a high note of optimism.