Mohamed Gento-Kamara Boosts Leone Stars B Team with $10,000 ahead of Match against Mali

Mohamed Gento-Kamara Boosts Leone Stars B Team with $10,000 ahead of Match against Mali 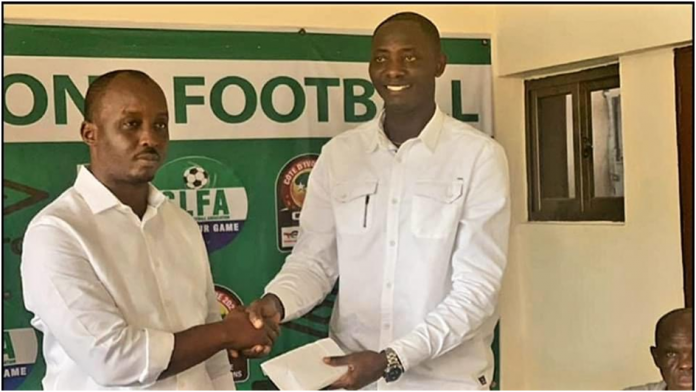 Sierra Leone’s National Homebase (Leone Stars B) Team, ahead of their double qualifying matches against Mali, has received moral and cash support of $10,000 (NLE 115,000) from the CEO of Gento Group of Companies – Mohamed Gento Kamara. The presentation of the money was done at the Secretariat of the Sierra Leone Football Association, at Kingtom, Freetown, in the presence of the Deputy General Secretary – Mohamed Benson Bawoh, Leone Stars B Team Coordinator – Victor Lewis and several others. The Leone Stars B squad is currently in camp in Kenema in preparation for the final qualifying phase of the African Nations Championship in Algeria. Last month, the team qualified from the preliminary qualifying rounds after securing a 3-2 aggregate in Marrakech, Morocco. They still need to beat Mali in the final qualifying phase in order to make it to the tournament. Sierra Leone will play host to Mali between the 26 and 28 August, 2022 at the MK Stadium in Monrovia, Liberia, and a return-leg in early next month in Bamako, Mali. According to Gento, the cash support is to boost the team in camp, motivate and inspire them to victory. Deputy General Secretary Mohamed Benson Bawoh receiving the donation from Mohamed Gento Kamara expressed gratitude for his goodwill in supporting football in Sierra Leone. Mohamed Gento Kamara is also the Deputy Chairman of one of Sierra Leone’s greatest football clubs, East End Lions FC, and he has been a strong football fanatic who has invested a lot in the game.