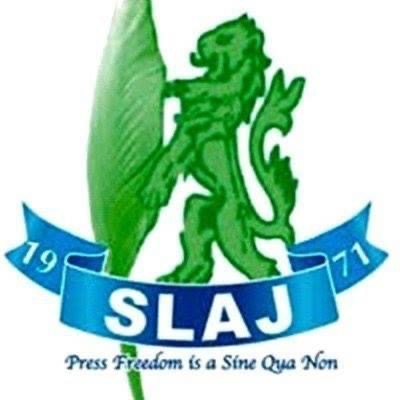 In a bid to enhance professionalism in Sierra Leone’s media landscape and to promote the adoption of self-regulatory mechanisms, the Media Reform Coordinating Group has supported a SLAJ Disciplinary Committee hearing session with Regional Executives and representatives of National media.

The programme took place at the Harry Yansaneh, SLAJ headquarters in Freetown.

SLAJ in a press release issued on 29th April 2020 launched the newly constituted Disciplinary Committee established pursuant to Article 14 (3) of the SLAJ constitution.

The Committee’s mandate “shall be to adjudicate upon matters of indiscipline and professional misconduct of individual members of SLAJ.”

In his statement, the Chairman of MRCG-SL, Dr Francis Sowa, expressed that the work of the Committee and the enforcement of the SLAJ Code of Ethics is very important as it would help SLAJ to regulate the conduct of its members in line with international best practices.

“This type of sessions are very important  as they send a clear signal to the wider public that journalists are now ready to regulate themselves in their respective media duties across the country,” Dr Sowa indicated.

The President of the Sierra Leone Association of Journalists, Ahmed Sahid Nasralla, thanked the MRCG for their support and appreciated the regional executive members and heads of national media organisation for coming together to promote the work of the Committee.

The SLAJ President said that the Committee is made up of seasoned practitioners from the media, legal profession and civil society in other to have a balanced composition. He also stated that there are media monitors at district and regional levels.

In a PowerPoint presentation, the SLAJ President discussed the relevance of the Code of Ethics of SLAJ which he said is useful towards achieving the self-regulation mechanism. He further discussed articles of the SLAJ Code of Ethics.

Abu Bakarr Sheriff Esq., Secretary General of the SLAJ Disciplinary Committee, pointed that the Committee is a platform for promotion of responsible journalism in the country.

“Our journey towards ethical and professional journalism can only be reached with the collective efforts of committed members for success in the fight,” Abu Bakarr Sheriff Esq said.

Marcella Samba-Sesay- Executive Director of Campaign for Good Governance (CGG), a civil society activist, who is the Vice Chairperson of the SLAJ Disciplinary Committee stated that the blend of media practitioners and civil society in the Committee would lead to advocacy for better media and professionalism.

“The Disciplinary Committee will not only look into ethics and complaints, but also empowerment of the media profession,” said Marcella Samba-Sesay.