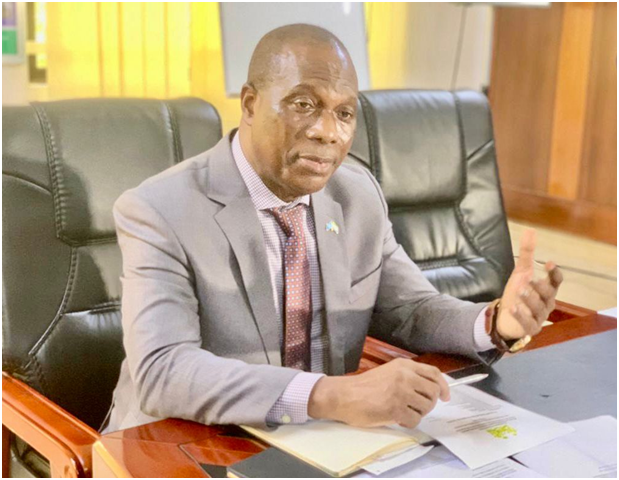 The minister disclosed further that for the 200 girls who were integrated back to school in March this year, 100% of them have completed their school year and are primed to return next week. He said 600 other girls will start school on September 5th in those four districts.

Dr. Sengeh said the above is achieved through the Out of School Girls Integration program, adding: “We often hear about government policies on paper but now Radical Inclusion which is one central policy of government that seeks to ensure that everyone and especially those historically and systematically left behind are given the same access to quality education”.

He noted that radical inclusion prioritises pregnant girls and parents learners, kids with special needs, the poor and those in remote areas maintaining that everyone at MBSSE and beyond has embraced the policy fully in practice underscoring how we hear it everywhere and the (less fortunate) children of Sierra Leone are grateful!

He said one such champion is Dr Olive Musa whom is the Director of Non-formal and Adult Education at the Ministry leading (silently in the background) on several projects including the deployment of 202 Adult Literacy Centers around the country and ensuring that Literacy Organisers and Volunteers continue teaching literacy, numeracy and life skills in additional 60 Community Learning Centers.

“I tell her she does the Lord’s work because her unit is often under-resourced,” the Minister jokingly stated.

He added that prior to integration; the girls get literacy, numeracy and sexual and reproductive health training. They get a package that includes shoes, bags, uniforms, books etc. They meet with a nurse and other counselling professionals before going back to school.

He said there are several other partners who are working on integrating girls saying others like Purposeful are helping with data, new thinking and creating spaces for them including grants thanking them all for their supports.

“Yes, we achieved gender parity in four years, Yes, we have over an additional 1m learners since President Bio’s Free Quality School Education,” the minister said with pride adding that it did not happen by magic saying it’s been happening progressively year on year.

He emphatically pointed out that it is not the final number noting that the country has over 230,000 out of school children alone in primary school maintaining how there is more work to be done pledging commitment to do it with total support.

One of the intending presidential flagbearer aspirants of the All People’s Congress (APC) Party, Ambassador Omrie Golly has said he is the best presidential...