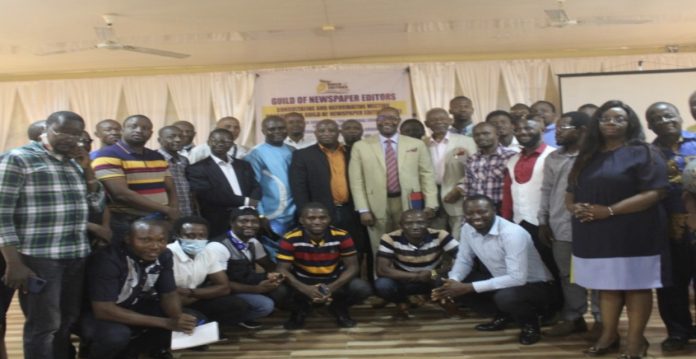 The Guild of Newspaper Editors in Sierra Leone has made a slight increment in the costs for placement of advertisements on pages of newspapers operating across the country.

The decision was unanimously reached by 98% of active newspaper Editors and Managing Editors in the country at a well-attended reformative and consultative meeting held yesterday 24th January, 2022 in Freetown.

The increment, according to the Guild, came following the current global price increments in newspaper publication materials and equipment, of which Sierra Leone is no exception.

Like in so many other countries of the world, the cost for printing materials such as papers, plates, foils and ink among other expenses like printing cost, has increased sharply within the last 2 years.

Maintaining the same cost for advertisements during these expensive moments, from where newspaper owners make profits to keep them up and running, is the beginning of the end of newspaper operation in Sierra Leone.

President of Guild of Newspaper Editors – Sierra Leone, Donald Theo Harding addressing the meeting said for so long, newspaper editors have been sidelined in decisions that are deemed to shape the media in the country.

He said: “We have seen our reporters being given priority in society in terms of local and international trainings and outreaches while the editors are left to as it were to ‘warm the bench’. Corona relief and other stimulus packages have been given to organisations but not the media”.

President Harding expressed concerns that what is currently dominating headlines in the media is zoning, power rotation, painting black the incumbent as well as the opposition as well as ethnic and regional sentiments, adding that this is the agenda of the politicians and that the media should not allow politicians to set the agenda for them but rather the opposite.

“As politicians talk about zoning, I think we, I mean the media especially the print media should remind them that we are more interested in issues of development, education, food security youth unemployment and poverty ravaging the nation and other issues affecting the common man”. President Harding stated.

He concluded that these days in Sierra Leone, one newspaper is being read by twenty or more people. He said newspaper advertisements in the country continue to hit newspapers badly, with high demand for commissions from clients.

He said telecommunications and sports betting companies are the only sectors currently pampering the existence of newspaper in Sierra Leone as they are the only few clients paying for published advertisements promptly.