Sierra Leone’s former Ambassador to the Republic of South... 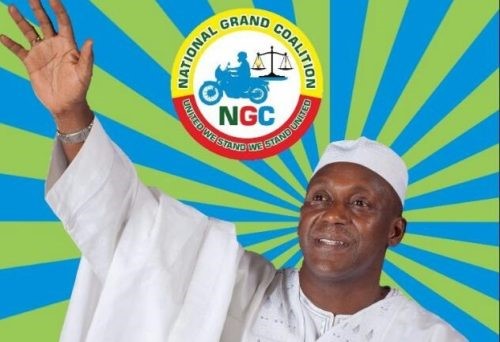 The National Youth Wing of the National Grand Coalition Party (NGC) has condemned what they referred to as “the unfortunate, baseless and unfounded media outburst circulated on Tuesday, 20th December, 2022 against the current leadership of the Party.

It can be recalled that the Party has been facing condemnations from some of its members who have refused to accept the outcome of the Party’s just concluded National Delegates Convention held last weekend in Freetown.

Leader of the NGC National Youth Wing, Ahmed Pompey Jah said: “As young men and women that constitute over 80% of the party’s membership, we want to affirm to the general membership that, we are 100% satisfied with all the democratic processes leading to the convention of our party, starting from all the Ward elections up to the election of our national officers”.

The Wing he went on, re-affirms its support and commitment to the NGC party, the leadership of the party and its parliamentary leader, Hon. Dr. Kandeh Kolleh Yumkella.

He said the unfortunate media outbursts do not in any way represent the progressive nature and agenda of the NGC party, while encouraging and calling on all the young men and women in the party who are the bedrock and true owners of the NGC party to stay calm and focus on the goal of recruiting more youths to the NGC party.