“Not to Spend on Education, is the mistake any country can dare to make” -Minister Sengeh tells the BBC

“Not to Spend on Education, is the mistake any country can dare to make” -Minister Sengeh tells the BBC 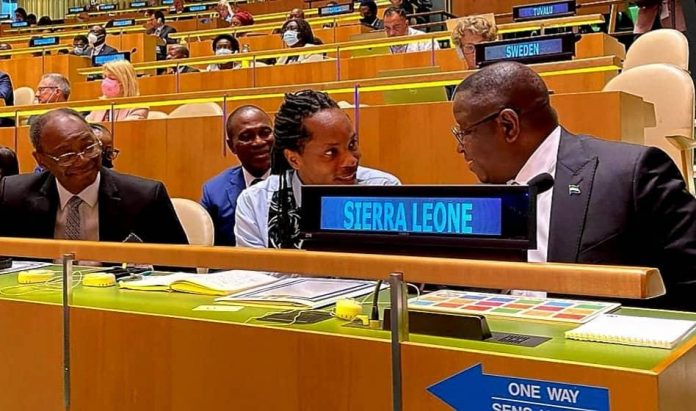 “I think that’s the mistake that any country can dare to make, not to spend on education. The energy crisis, the security crisis, the health crisis, all of those crises can only be mitigated with an investment in education. That really is the magic,” he told the British Broadcasting Corporation (BBC).

He said the global crisis facing the world at the moment is part of the reason why the world have to invest and double-down in education, because with these increases in prices, the reflex is to say `oh, let’s not invest in education anymore, let’s go and do something else’.

“But that’s the mistake that any country can do, and I think for us we also have to recognize that things are difficult for people, and hence wealthier packages that are there, we have to think about: how less in the boarding, with fuel, with other expenses. But it’s a complex problem. It’s a complex challenge,” he said.

He said the world should encourage spending that leads to learning outcomes, noting that that was the view of children and everybody in the national consultation.

He said for children to learn it requires that teachers, their recruitment, their retention, their professional development is considered and that’s an agreement, adding that safe schools, school buildings, infrastructure are also part of that: skills, life-long learning also contributes to what needs to happen, curriculum reforms and ensuring that all children are able to access school.

“Sierra Leone is one of those countries that increased teacher pay during COVID. Now we’ve increased teacher salaries and teacher pay at least three times over the last four years. We recently had a conversation with the teachers and have a new collective bargaining agreement which will see increasing their salaries by 15% every year over the next three years. We understand how things are hard and we understand why we need to invest in teachers,” he said.

“We are investing a lot in kids, in education, in human capital, you can’t see those things. We pay the highest number of schools for children’s exam fees, kids in university, provide jobs and work opportunities, and those things are not tangible. You don’t perhaps see them as cash in your pocket, but its cash in your brains and your body. It is an investment that we are making,” he concluded.