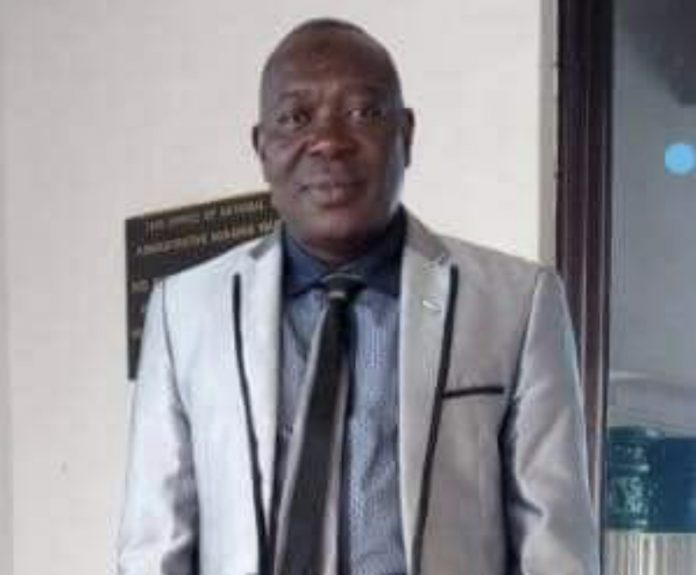 Dr. Ahmed A. Sannoh has served in the Office of National Security (ONS) for 21 years now in very many senior management positions, attaining the highest professional rank as Chief of Staff, a position he has held for over 10 consecutive years.

He has acted as National Security Coordinator on a number of occasions between 2015 and 2019. He has over 20 years of university teaching and research experience at Fourah Bay College, University of Sierra Leone (USL), University of Liberia and currently Njala University as Associate Lecturer in key modules of the Master’s programme in Peace and Development Studies.

He has also benefited from expert and think-tank seminars on key international security issues under the International Visitor Leadership Program (IVLP) in the United States of America (USA).

Dr. Sannoh has worked at the highest levels of government closely collaborating with heads of various intelligence, police and military organisations including officials from the UN, UK, USA and other security and development partners, in some cases providing leadership for various aspects of governance and security-related reforms.

In the early phase of the post-conflict peacebuilding efforts in 2003 when relations between the police and the military in Sierra Leone were strained, he led the multi-stakeholder Joint Survey Team (JST) commissioned by the National Security Council (NSC) to look into the status of relationship between the two forces.

The JST recommendations produced under his leadership resulted in a harmonious working relationship between these two national security forces, a status quo that is largely maintained up to date.

Dr. Sannoh has played a key role in the development of a number of security sector policy documents, and had, in particular, led the process of reviewing the Military Aid to the Civil Authority, which is a high level policy instrument for military assistance in a democratic dispensation.

He is currently Chairman of the National Security Exercise Writing and Planning Team (NSX-WPT) and has coordinated the successful conduct of eight (8) national security exercises, mainly targeting platinum and gold levels, between 2005 and 2019.

Dr. Sannoh has participated and represented Sierra Leone in a number of high profiled international conferences.

Key amongst these include his participation in a Case Studies Workshop in 2009 at King’s College, London on “Power after Peace – The Political Economy of Post-conflict State Building in Iraq, Sudan, Kosovo, Burundi and Sierra Leone,” his appointment (with the power of attorney) as Leader of the Government of Sierra Leone’s Delegation to the World Conference on Disaster Risk Reduction in Sendai, Japan in 2015, where he presented the Country Report.

On 17th January, 2022, Dr. Sannoh was appointed as Deputy National Security Coordinator in the ONS by the President Julius Maada Bio.