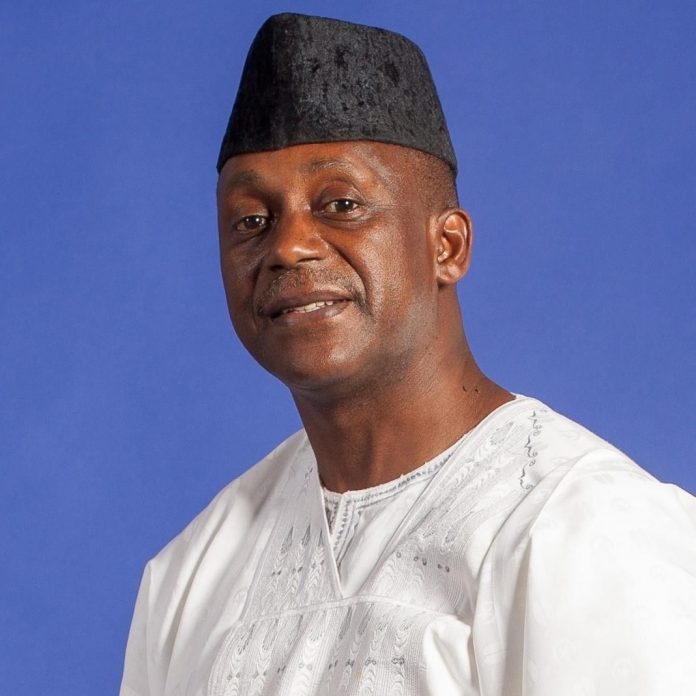 The Presidential Candidate for the National Grand Coalition (NGC) Party, Honourable Dr. Kandeh Kolleh Yumkella, has told his party members and supporters that their common enemies are poverty, ignorance and corruption, and not people of other political parties.

He was speaking at the NGC Delegates Conference held at the Freetown City Hall, where she said: “Our strength is from both our diversity and the core values we share. NGC is now accepted as a critical part of the “body politique” of Salone. We all have to take this opportunity to unify our country around a shared national purpose and the pursuit of a common destiny. We must resist the temptations of the divisive politics of yesterday”.

He went on that now is the time to come together, to think strategically, and to mobilise all talents and all perspectives for the NGC to make a stand about which pathway it will pursue in 2023 and beyond.

“We are the National Grand Coalition Party. At the very core of our foundational beliefs and values was the conviction that we need to unite as a nation to chart our way forward and transform our economic developmental prospects” the honourable stated.

Hon. KKY said: “We stand for what is right. We have also remained a centrist party within the hallowed walls of Parliament for five years.  I salute my colleagues, Hon. Foday Mario-Kamara, Hon. Abdul Titus Kamara and Hon. Bai Sama Kamara for being the first NGC members of Parliament. Our memberships both at home and abroad have put Salone Fos. You all fight for the ordinary Sierra Leonean”.

He went on that Sierra Leone’s current economic; political and development challenges are very serious; adding that the fuel, food and finance crisis will continue to cause mayhem to economies around the world for the next two to three years at least.

He said currently in Sierra Leone, inflation is 29%, food price inflation is 35% and rising. Noting “we are in a deep economic crisis of stagflation. We have to come together as one people to plan for the emerging external shocks that might drive commodity, food and energy costs much higher than the world has ever seen”.

He said these new emerging global challenges require new ideas and collaborative approaches, and not divisive politics, adding that the NGC has to be that honest broker! That champion for the ordinary Sierra Leonean, that entity that can unify opposing political forces, and mobilise people to pursue a common destiny. That voice urging everyone in government to serve the people. A new collaborative approach and a fresh start.

He called on all to end impunity by holding office-bearers to account for their service and actions; respect the rule of law; and end the use of nepotism or tribalism to jump the queue, bypass the rules, or undermine the rule of law.

More importantly, Hon. KKY said, a progressive agenda must include, inter alia: ensuring the diasporas can register and vote in their countries of residence.

He concluded by calling on NGCians to work together as a team, respect and support each, and be the change they want to see.