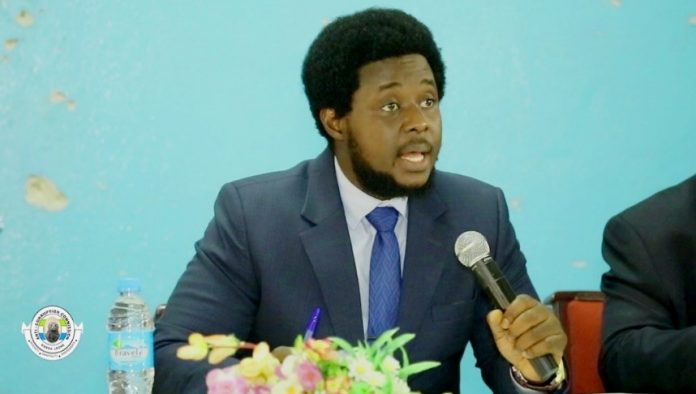 The Commissioner of the Anti Corruption Commission (ACC), Francis Ben Kaifala Esq, has registered his dissatisfaction with the constant failure of MDAs to adhere to the recommendations of the Auditors, as the same issues keep repeating themselves every year.

He was speaking at an engagement with members of the fourth estate and civil society organisations on its posture on the released 2021 Auditor General’s Report, by the Audit Service Sierra Leone at the St. George’s Cathedral Hall, 3 Gloucester Street in Freetown.

He furthered that the responsibility to act on corruption issues lies on all of us; from administrators who should play their part and us at the ACC and other law enforcement authorities who should at all times ensure persons are held accountable for their actions.

“We have to be serious with our destinies as a people. We must not allow ourselves to be held down by the same set of issues”, he stated.

Mr. Kaifala continued by thanking the Auditor General’s Department for a professional job well done.  “What this audit report shows is what we have always been saying, an auditor should not be a gourd-hound, an auditor is supposed to provide professional opinion and guidance based on established principles”, he said.

He continued that, like other Auditor General’s Reports in the past, most of the issues captured are emanating from administrative lapses as people who should take responsibility to monitor, guide, direct and manage the processes have failed to show the required leadership, and that all Sierra Leoneans must embrace the fight against corruption willingly by taking deliberate and calculated actions.

Highlighting areas and issues of interest to the ACC that shall require its intervention or wherein it has already intervened, Mr. Kaifala informed newsmen that a lot of the issues require a quick-fix approach which investigators are already working on.

“Those who have not accounted for resources entrusted to them must be prepared to do so to us now with us and do so convincingly. The convincing explanations they failed to provide to the Auditors, which they fully know they must do, they are now going to do so with us at the ACC and I assure the people of Sierra Leone that they will be held accountable; all of them”, Ben Kaifala emphatically said.

Commenting on the repetitiveness of the concerns and allegations, the Commissioner also briefed his audience that according to the Report, foreign missions were again indicted by auditors, adding that, “…diplomatic missions have been running as if they are not part of the Republic of Sierra Leone and the policies regulating the operations of public institutions. They do not follow best finance processes and procedures”. He assured the people of Sierra Leone that actions will be taken against all those who should account for mismanaged resources.

In his opening statement, the Deputy Commissioner of ACC, Augustine Foday Ngobie welcomed all participants and thanked them for the turnout even at a short notice, to the first Press Conference anchored by the Commission in 2023, bordering around the 2021 Auditor General’s Report.

He stated that the ACC shall always continue to be accountable to the people of Sierra Leone in the conduct of the national campaign against corruption.

In his presentation on the 2021 Auditor General’s Report.

The event was climaxed by a plenary session where journalists were allowed to ask questions and seek clarifications to same.