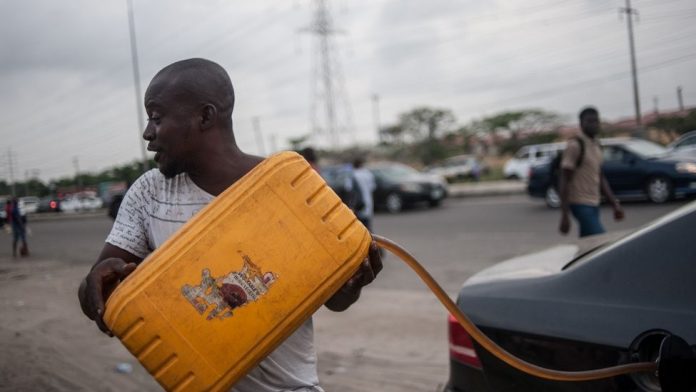 Police in Kenema have raided and arrested gallons of fuel belonging to fuel hoarders (Jebu) at Saint Charles Park in Kenema.

It was not clear how many gallons were caught, as the hoarders were trying to escape with them before they were apprehended by police officers.

Kenema, for the last three days, has experienced shortage of petroleum products in most gas stations across the city.

The fuel stations argued that they do not have enough fuel, but they sell the products in large quantity to the hoarders and the black market dealers.