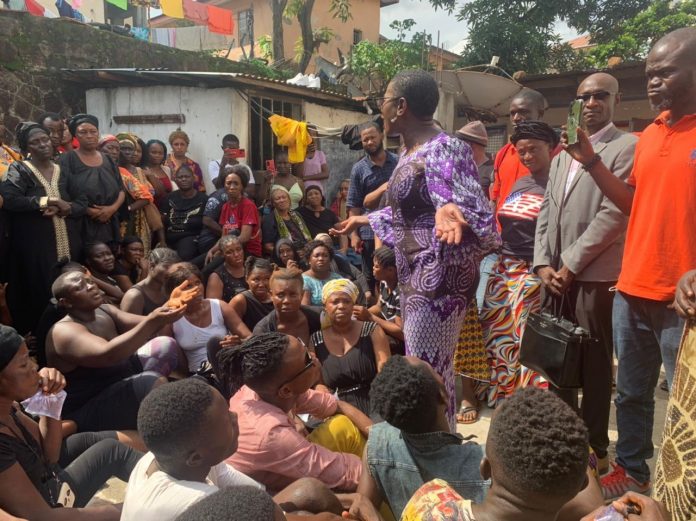 The Sierra Leone Police (SLP) has cautioned and released all fifty-four suspects who were arrested during the Monday July 4, 2022 demonstration in Freetown.

Their release came on the day they expected to appear in Court on allegations of Riotous Conduct and Illegal Procession, contrary to the Laws of the Land.

Addressing the suspects before their release, the Inspector General of Police, Ambrose Michael Sovula informed that they have been profiled and were to be charged to court following the completion of investigations into their conducts.

He however disclosed that they were going to be cautioned and released.

“Sierra Leone belongs to all of us and we would not sit and allow few misguided people to destroy it,” said IG Sovula.

His duties he said are not guided by political ideologies as alleged by some sector of the public but by the dictate of the 1991 Constitution, the police laws and his conscience.

Police he said do not investigate political parties but criminals.

He went on to inform them that they have right to protest but it must be done following the due process of the law.

The police boss stated that he loves and cherish his wife and would therefore not stand the sight of women suffering but urged them to do things that would earn them their respect.

His method of policing he said is people centred and gender sensitive thus the SLP today has women in strategic positions including Deputy Inspector General of Police (DIG).

He encouraged them to go back home and help in their own ways to contribute to nation building and desist from allowing being use by politicians.

In her contribution, the Deputy Inspector General of Police (DIG), Madam Elizabeth Turay advised them to always remember where they are coming from before engaging in any act.

“Gone are the days when women were used for personal gains by people” she said and also encourage them to go home and help their families.