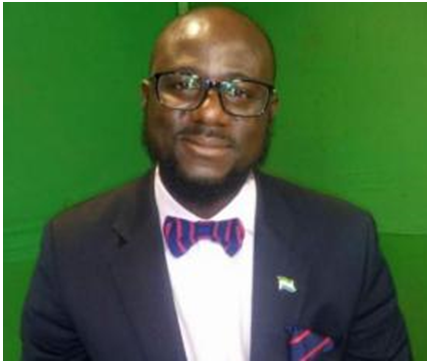 Barrister and Solicitor, and former Anti-Corruption Commissioner, Ady Macauley has been released on bail by the Sierra Leone Police.

The lawyer was detained at the Criminal Investigations Department (CID) in Freetown on Thursday after a long interview as he reportedly attended to an invitation from the Police.

Following his release, he tweeted a message to thank all those who supported him in diverse ways.

His release came after several engagements between the Sierra Leone Bar Association, other private legal practitioners, the Sierra Leone Police, and the Office of the Attorney General and Minister of Justice.

The Police have however not made any official statement on the details of his release and when he is expected to report again.

Ady Macauley was the former Commissioner of the Anti-Corruption Commission (ACC) of Sierra Leone. He previously served as a prosecutor and last as the Institution’s Chief of Prosecutions (2011- 2016).

Ady is also aspiring for the Secretary-General position of the main opposition All People’s Congress.