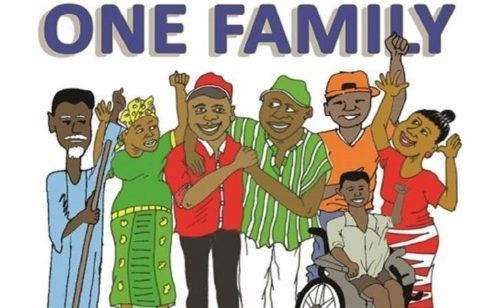 When Sierra Leoneans go the polls in June 2023 it will be the country’s fifth routine multiparty elections since 2002. The country has achieved a great feat that would be the envy of most countries on the continent.

While arguments can always be made about the quality of governance in any country, Sierra Leoneans still put their trust in multiparty politics.

Sierra Leoneans’ trust in multiparty politics, however, should not disguise the unease with certain failures of electoral politics over the years. While every election since 2002 has been declared free and fair, they have been accompanied by circumstances of uncivil politics, mobilisation of hate constituencies, and sporadic violence.

The upcoming 2023 general elections should provide an opportunity to re-set electoral politics; with a fundamental purpose to minimise the utility of rancor, hate and violence.

All over the world countries do electoral engineering from time to time to respond to changed or emerging contexts. After four multiparty general elections in Sierra Leone, the evidence is abundant that single-member constituency representation is fraught with discomforts at several levels.

While other issues including high levels of illiteracy and poverty remain at play, it is also a fact that the challenges of uncivil politics in Sierra Leone are significantly hinged on the single-member constituency system.

First, single-member constituency is immanently prone to the utility of rancor, divisiveness and hate constituencies.

The fact that everybody will be represented under their preferred party means there is no question of winning at all costs for anybody; a key driver of violence, rancor and divisiveness.

Everybody wins irrespective of any imbalance in the proportion of representation of the different parties.

Single-member constituency representation often warrants expensive campaigns by contestants. Some would cynically suggest that money does not guarantee success at the polls for those seeking parliamentary seats.

While this may be true, the abundance of experience points to the fact that a vast majority of candidates decry the cost of their election campaigns.

Proportional Representation does not bring huge campaign costs to bear on individual candidates.

The high costs of single-member constituency elections also extend to the state. Take the case where at least a dozen bye-elections have been held in Sierra Leone since 2018; and the associated costs that the Electoral Commission and Law Enforcement agencies have borne.

It runs into millions of leones. An appropriately devised Proportional Representation system dispenses with bye-elections and the associated costs.

Around the world representation democracy has been a default resort in the circumstances today where it is impossible to have every adult man and woman sit at the table to discuss public interest matters.

The aspiration, however, remains that as far as possible every citizen gets represented at the table where public interest matters are discussed.

Take the case where in a straight two-party contest, one person wins 51% of the votes and takes the parliamentary seat; leaving 49% unrepresented under their preferred party.

A Proportional Representation system would ensure that both the ‘small majority’ and the ‘huge minority’ are represented in Parliament.

In the circumstances of other binding constraints, the single-member constituency representation is grossly inefficient in promoting women’s representation in Parliament.

For instance, although the policy frameworks now exist for promoting women’s presence in elective office in the country, the single-member constituency system is going to remain unhelpful.