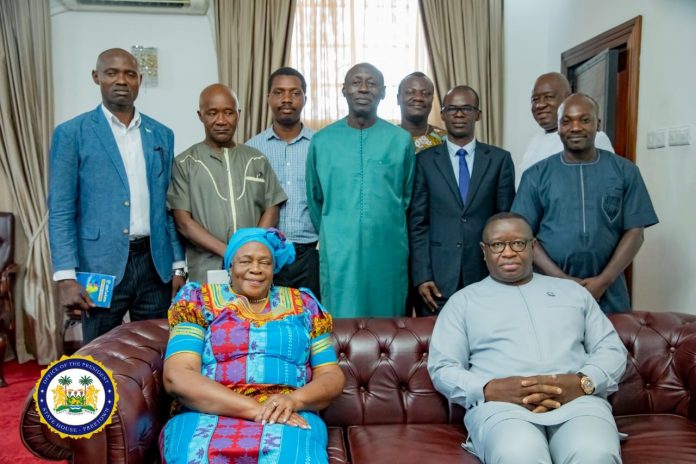 His Excellency President Dr Julius Maada Bio has received the preliminary report of the findings of a visiting team from the African Peer Review Mechanism, APRM, a week after they launched the review process in Freetown.

Presenting the draft document on the review of unconstitutional change of governments in Africa, among other things, the lead APRM panel member, Madam Inonge Lewanika Mbikisuta, emphasised the importance of the report, which also entailed all the pieces of information they gathered from people around the country.

She expressed gratitude to President Bio, the Chairperson of the African Peer Review Forum of Heads of State and Government, for launching the APRM targeted review for Sierra Leone and 9 other countries on 13 October this year.

Madam Mbikisuta also thanked the APRM team in Sierra Leone for the support in carrying out their work from October 10th – 20th 2022, during which visits in the provinces they met several stakeholders, state and non-state actors and also engaged political parties in well-organised meetings around the country.

In his brief response, President Bio thanked the team for the work they had done so far, noting that a lot needed to be done and a lot had also been done but they would continue to address the challenges highlighted in the report. He had earlier commended the review process and described it as a powerful self-assessment tool for the continent.