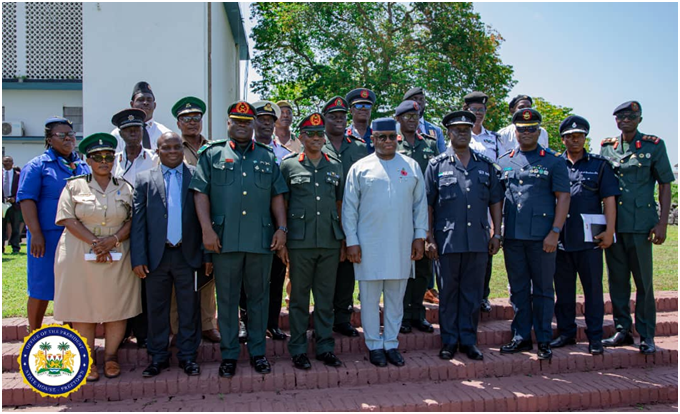 “To  the  ex-servicemen  and women,  we  stood  together  to  keep  this  nation  together  when  civil  war  violence engulfed this country. The brutality of that war should also serve to remind all of us ex-servicemen to embrace our democracy and avoid destructive wars and civil uprisings that cause undue suffering for Sierra Leoneans.” Bio stated.

He further encouraged the gallant men and women to remain more focused, peaceful and law-abiding and contribute to the security and development of the nation, with sincerity of purpose.

He said from the bloody battles of the World Wars; the jungles of Burma and Congo; the deserts of Darfur and the towns of Somalia; the beaches of Monrovia, to the jungles and towns of Sierra Leone, brave men and women have made the ultimate sacrifice.

To those who made the ultimate sacrifice, His Excellency went on; “we owe them an unpayable debt of gratitude. They are gone but not dead. They still live in our hearts. They live in our hearts as we remember their uncommon courage and bravery even as they faced death”.

He reminded the men and women that his government has established a National Peace and Cohesion Commission; held a national conference on uniting the nation, and engaged stakeholders’ right across this nation on why it matters to keep the peace.