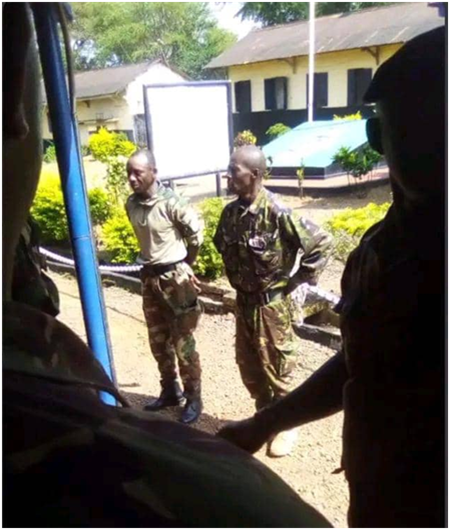 The two Non-Commissioned Officers of the Republic of Sierra Leone Armed Forces (RSLAF), whose videos have gone viral about their alleged misconduct, reported to have been under the influence of a dangerous drug known as KUSH, have been dismissed.

This is according to Major Y.S. Brima,

Major Brima said the Commanding Officer of the 5 Infantry Battalion, Lieutenant Colonel Robin informed him that the two soldiers were DISMISSED because they had abandoned their duty posts and engaged in acts that undermine good military order and discipline.