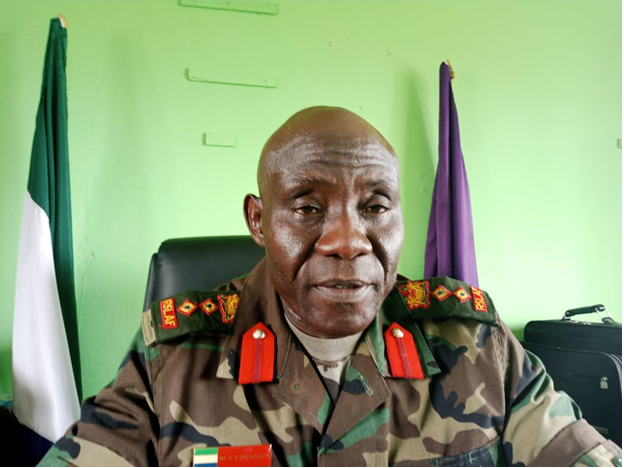 Sierra Leone is set to recruit One Hundred and Fifty (150) gallant men and women from the eastern region of Kono, Kenema and Kailahun districts into the Republic of Sierra Leone Armed Forces (RSLAF).

This was according to the Acting Brigade Commander Eastern Region, Colonel Mohamed Sadique Fofanah who was addressing 275 young men and women from Kenema, Kailahun and Kono districts at the 2nd Infantry Brigade in Kenema city who have applied to enter the Republic of Sierra Leone Armed Forces.

He said the Force has received over Five Hundred applications and short listen Two Hundred and Seventy-Five of which they are to select the best One Hundred and Fifty.

Out of the shortlisted candidates he said, the subject experts are to further help scrutinised the applicants to 150 as the quota required for the east, adding that they will be sent to headquarters in Freetown for the further process including medical examination.

The selection process includes officer cadets and other ranks in various disciplines such as technicians, agriculture, public relations, medicine, education, hospitality and engineering among others.

He assured all that RSLAF will continue to inform the public about the recruitment process as part of transparency and its accountability to the nation.

He the country belongs to all and is bigger than everyone, adding that the Army provides selfless service for the nation without fear or favour and that the army stands for discipline always.