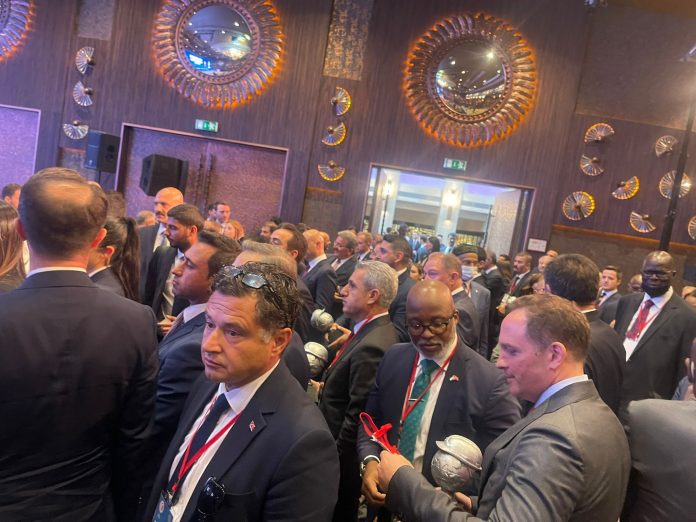 The Award Ceremony was organised by the Turkish Contractors Association (TCA).

The association is an independent, non-profit professional organization based in Ankara- Türkiye and was founded in 1952 and represents the leading construction companies in the country.

Ambassador Hassan Kai-Samba used the opportunity to meet with top Turkish investors in the construction industry, and encouraged them to make use of the many untapped investment opportunities in Sierra Leone that would be beneficiary to both countries.

Speaking at the ceremony, the President of Türkiye, His Excellency Recep Tayyip Erdoğan said Türkiye has substantially renewed its land, air and rail infrastructure in the last 20 years, saying that such infrastructure have brought historical opportunity in every field, from education to health, from safety to transportation, from agriculture to sports, and many more.

“That is the sole aim of our struggle; today, we see better how we are being held in the grip of politics, economy, industry and diplomacy”. President Erdoğan assured.