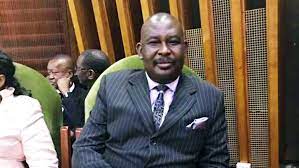 Sierra Leone’s Chief Justice, Desmond Babatunde Edwards, has appealed to the country’s magistrates to espouse honesty and integrity in their line of work as a way of protecting the country’s justice system.

Justice Edwards said these attributes were crucial for the effective and efficient administration of justice. He was speaking at a meeting with magistrates from across the country.

“It’s a new year and I want the wheels of justice to be running smoothly, effectively and efficiently,” Edwards said, according to a news release from the judiciary communications unit.

“I want new things aimed at making significant progress in giving justice to the people,” he added.

The meeting held in the conference room of the Chief Justice’s Chamber in Freetown on Monday, January 10, was the first between Justice Edwards and magistrates in 2022.

According to the judiciary, it was meant to discuss issues relevant to ensure the enhanced and smooth administration of justice in the country.

Observers of the Sierra Leone courts system say a lot of issues bordering on the conduct of judicial officials are contributing the denial of justice to the masses, including delays in committal of cases. Campaigners say this has led to many accused spending long time behind bars without bail.

Justice Edwards touched on this and many other issues in his presentation, including the Act on sentencing in respect of specific offences and compliance to the directive on monthly returns. He urged the magistrates to cross-check and double check bail documents and to ensure dealing with recalcitrant court registrars within the law.

CJ Edwards also admonished all magistrates to know that their discretion is within the law, and that they must desist from doing their jobs outside the prescribed laws.

Addressing the issue of committals, Justice Edwards noted that the time between transfer of cases from magistrates’ courts to the High Court of Sierra Leone usually takes longer than acceptable, adding that it amounts to unnecessary waste of time and delay in the completion of cases.

While stressing on the issue, he encouraged the magistrates to be diligent in handling committals and depositions, pointing out that their decisions were now being tested by summary reviews.

“You should be men of honesty, integrity and stout character in protecting the Courts,” Edwards said.