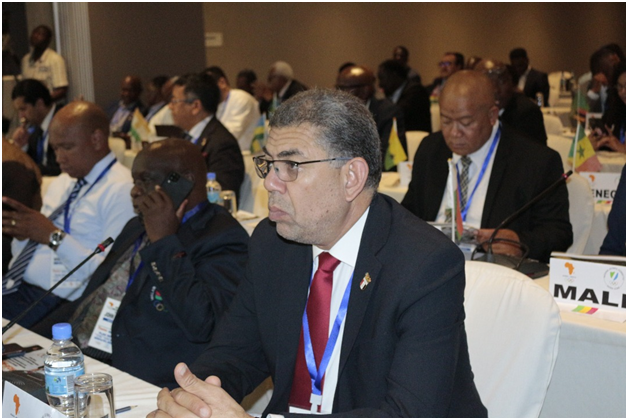 The National Olympic Committees are one of the three constituents of the Olympic Movement, alongside the International Olympic Committee (IOC) and the International Sports Federations. Their role is to ensure the representation of their respective countries at the Olympic Games by sending competitors and officials as well as to promote the fundamental principles and values of Olympism in their countries, in particular in the fields of sport and education.  They may also nominate interested hosts as candidates for future Olympic Games.

Ahmed Hashim Secretary General Association of National Olympic Committees of Africa (ANOCA) said the Seminar important because all the secretaries General will come and share their experiences, solutions, issues and domestic problems as well as they aspired for your country and also they will discussed their achievement and see if there is need for any change.

“This important because their stake holders are also there, the International Olympic Committee (IOC), World Anti- Doping Agency (WADA), are the major stake holders. This is an opportunity for them to see how the country is performed and what could be done additionally for the country.”

“We are very glad that we made this decision to host the 39th sessions here, from what we’ve seen through the preparation, everything is on track; we are glad to be in Sierra Leone, this is important for we and it is important for Sierra Leone as well because they will lay the foundation to solve and challenges,” he said.

Joseph Nyande Secretary General Sierra Leone National Olympic Committee (NOC) said this is a development of sports for Africa and that they need to do a strategic plan before implementation.

“He said Sierra Leone will benefit from the committee as they will be able to tap into the Olympic solidarity project and program adequately as they will train coaches for all of the association by an external expert, volley ball and scorch game will all benefit from it. Also for the development of women in sports is a system that have been characterized by the Olympic Solidarity that the number of women participant in sports is small therefore in their program they will corrupt men and encourage more women.”