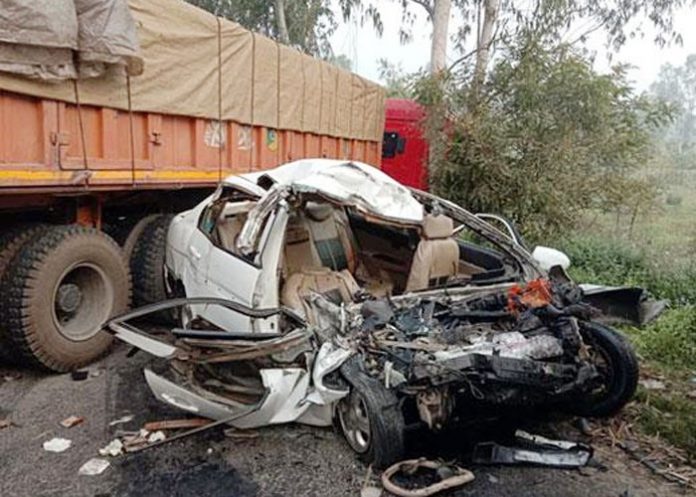 With a period of 9 months, January to September 2022, Sierra Leone recorded a total of Nine Thousand, Six Hundred and Twenty-Three (9,623) road crashes across the country.

This is according to the Manager of Research and Development at the Sierra Leone Road Safety Authority (SLRSA), Ambrose Tucker.

Tucker said of this figure, Two Hundred and Twenty-Five (225) fatalities were recorded with victims losing their lives.

He said Ninety-Five (95) of victims who lost their lives were males and One Hundred and Thirty (130) were female.

Tucker explained the causes of the road accidents, citing overloading of vehicles with passengers and good as key amongst the many causes and reckless alcohol intake by drivers while driving as another major cause.

He informed that the SLRSA and the Sierra Leone Brewery Limited (SLBL) have reached a partnership to curtail the consumption of alcohol while driving.

Which he believes the testing of drivers for alcohol intake while driving is eminent and will be fully operational soonest.

Director of Safety and Enforcement at SLRSA, Augustine Kaitongie has also revealed that as the festive season approaches, plans are underway with the Sierra Leone Police for a checking mechanism on drivers for alcohol.