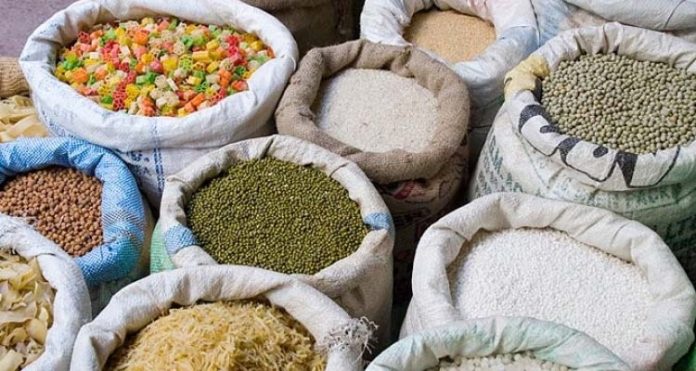 As part of a comprehensive, global response to the ongoing food security crisis, the World Bank Group is making up to $30 billion available over a period of 15 months in areas such as agriculture, nutrition, social protection, water and irrigation.

Part of this amount, a $315 million loan will be given to support Sierra Leone, Chad and Ghana to increase their preparedness against food insecurity and to improve the resilience of their food systems.

This financing will include efforts to encourage food and fertiliser production, enhance food systems, facilitate greater trade, and support vulnerable households and producers.

The share of high-income countries with high food price inflation has risen to 86.8%.

The agricultural, cereal, and export price indices closed at levels similar to those of two weeks ago, with the agricultural index closing at the same level, the cereal index down 2%, and the export index up 1%.

Rice has remained remarkably stable, closing at the same price as two weeks ago. Rice prices were 10% higher year on year but 14% lower than in January 2021, (according to the “pink sheet” data for agricultural commodity and food commodity prices indices, updated monthly).

Despite decreases in global food prices since their peak in April, multiple risks threaten the downward trend in prices. For instance, future disruptions in exports from Russia or Ukraine and further increases in energy prices could place upward pressure on grain and edible oil prices.

Inflation and interest rate increases may also create risks for commodity prices, exerting upward pressure on the cost of labor and materials used to produce, store, and transport commodities.

Following the start of the war in Ukraine, trade-related policies imposed by countries have surged.

The global food crisis has been partially made worse by the growing number of food trade restrictions put in place by countries with a goal of increasing domestic supply and reducing prices.

High food prices have triggered a global crisis that is driving millions more into extreme poverty, magnifying hunger and malnutrition.

According to a World Bank report, the COVID-19 pandemic caused a major setback in global poverty reduction. Now, rising food and energy prices fueled by climate shocks and conflict have halted the recovery.

The number of people who are experiencing acute food insecurity and will need urgent assistance is likely to climb to 222 million people in 53 countries and territories, according to a FAO-WFP report.

According to an IMF paper, $5 billion to $7 billion in further spending is needed to assist vulnerable households in 48 countries most affected by the higher food and fertilizer import prices.

An additional $50 billion is required to end acute food insecurity.