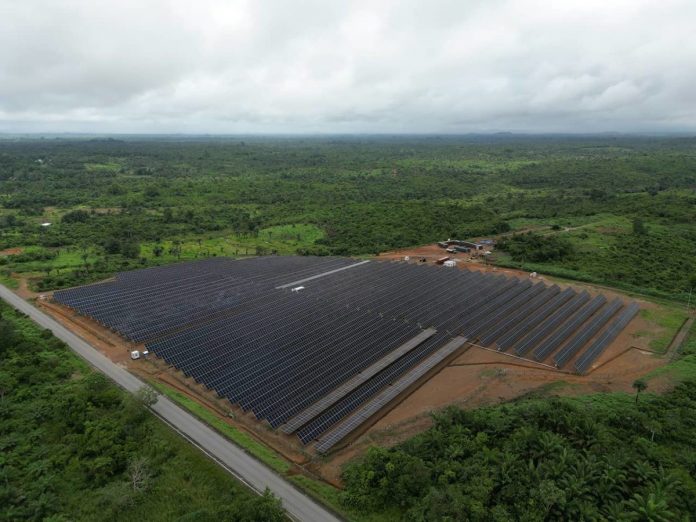 The 5MW solar installation is located in Yamandu, Southern Sierra Leone. A second project phase is planned for this year, bringing its capacity to 25MW.

Serengeti Energy has switched on a 5MW PV plant in Sierra Leone as part of the Baoma 1 installation. The solar PV plant is reportedly the West African country’s first independent power project, and was developed by the Kenya-based company and built under a public-private partnership.

The 5MW installation is the first phase of a 25MW PV project in Yamandu, near Bo town in Sierra Leone. The project will reportedly add approximately 15% to Sierra Leone’s total electricity generation capacity.

Serengeti expects to start building the project’s second phase this year. The entire project will require an investment of $35 million. It will sell electricity to Sierra Leone’s national distributor Electricity Distribution and Supply Authority (EDSA).

“I am delighted to announce that the 5MW Baoma 1 solar PV plant in Sierra Leone has successfully reached commercial operations. This has been achieved through strong collaboration between EDSA and the entire Serengeti Energy team,” said Chris Bale, Serengeti Energy’s CEO. “The project will supply low-cost electricity to the local power grid for many years to come and will help to diversify the electricity mix in the country,” he added.

According to the International Renewable Energy Agency (IRENA), Sierra Leone had a cumulative solar capacity of 4MW in 2021.