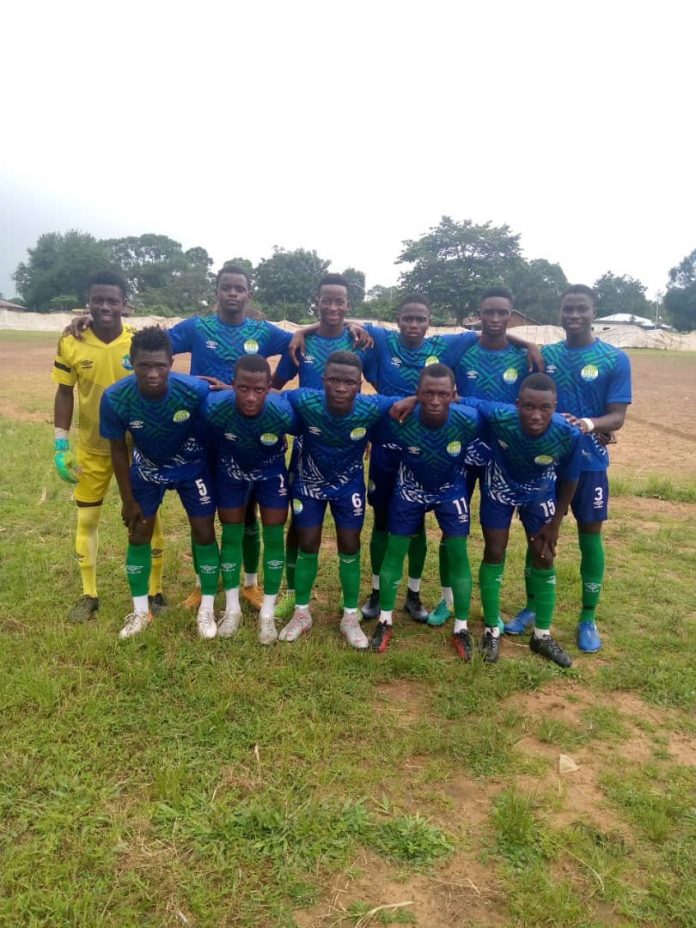 The National Under 17 Men’s Team kicked off a two-game friendly series on a winning note against Rutile U-17 on Monday.

The Sierra Stars were held to a stalemate by Banta Stars U-17, their first match but got back on the winning road when they came from behind and easily dispatched Rutile U-17 in a similar exercise as part of the build-up towards this year’s WAFU ZONE A Tournament to be hosted in Mauritania.

The Sierra Stars had to wait until the second half before rounding up victory over Rutile U-17, one of the strongest youth prospects in Moyamba District, after trailing in the first half.

Coach Mohamed Lamin made a host of changes and the introduction of Mohamed Y. Sesay into the game for Michael Kargbo been deployed to a left-wing, and Abu Koroma moved to a central defensive role with Samba Juma Bah moving over to the upfront, Alieu Koroma, and Alhassan Kargbo in the midfield.

And it was the second-half substitute, Mohamed Y. Sesay who did the trick for Sierra Stars.

On the break, Mohamed Y. Sesay who disappeared from his marker soared to nod in the equalizer and restored parity.

Rutile U-17 attempted to pull a goal back but Alieu was in fine form to block a close effort making a solo cross to Santigie and finding Mohamed Y. Sesay who wasted no time scoring the second goal putting Sierra Stars in the lead.

The Sierra Stars guarded their lead to 3-1 from a Santigie cross which was gamely converted into the net by Marvin Lebbie.

The National Under 17 would continue with the busy schedule of training sessions in preparation for the WAFU ZONE Mauritania Tournament.