SLCA U19 invites 24 players to a high-performance camp

SLCA U19 invites 24 players to a high-performance camp 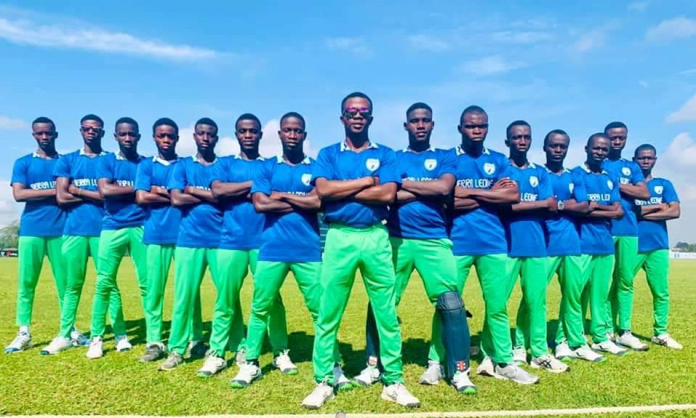 Ahead of Kigali Group B Qualifier, Sierra Leone Cricket Association under Nineteen (U19) has invited 24 players to a High-Performance Camp ahead of the country’s appearance in the U19 International Cricket Council Men’s T20 Cricket World Cup qualifiers.

The competition is expected to start from 29th November to 9th December 2022 in Kigali, Rwanda and Sierra Leone is in Group B for the African Sub-Region qualifier.

The Chairman Board of Directors for Sierra Leone Cricket Association, Francis Trevor Samura said the Elite Cricket Franchise League is the highest tier of the domestic league in Sierra Leone and the players who took part in the just concluded T20 cricket premier league in May and June 2022 were drawn from different clubs to play the elite cricket franchise league for the selection of the national side that is already concluded.

The high performance camp is the level where the National team is selected for preparation ahead of the competition. He added that the team is expected to depart from the shores of Sierra Leone on the 27th of December 2022.

Francis furthered that they are prepared for the team’s participation in the national trials. He however revealed that they are still working on things like equipment, training kits, tickets, accommodation, and allowances for the team. “Unfortunately the media is not sponsored to be part of the delegation, for the past four months now the government has not been supporting us and we have been winning different titles and medals, now we are hoping to go and qualify for the T20 Men’s World Cup and we are asking Government through the Ministry of sport, National Sports Authority, and the Ministry of Finance to help us,” he said. He also asked that a foreign coach be hired to help improve the team for top competitions for a better result. The following 24 players were selected from the just concluded Elite Cricket Franchise League based on performance