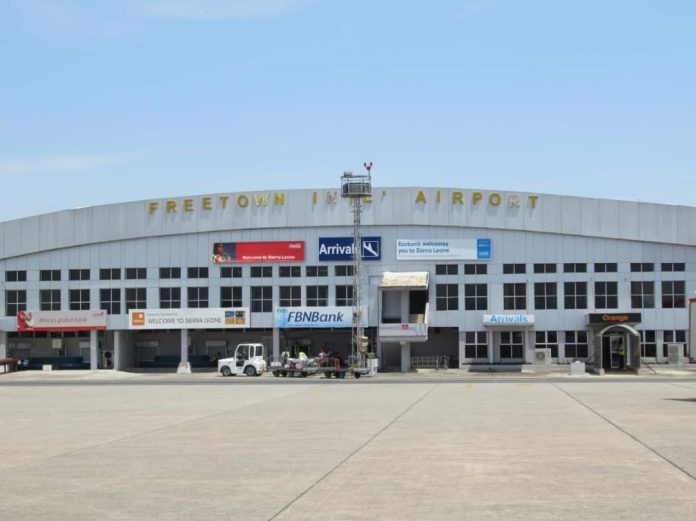 Speaker of Parliament, Hon. Dr. Abass Bundu has ordered the Internal Affairs, Finance and Transport and Aviation Standing Committees in Parliament to investigate the payment of 25 United States dollars for inbound and outbound passengers as security fee at the Freetown International Airport in Lungi.

The concern was raised by Hon. Chernor Maju Bah in the Well of Parliament saying the tax is an extra burden and hardship on travellers, adding; “It is a tax on security and we want them to come and tell us why are we paying over the counter in some cases because if you don’t pay online or via e-money, you pay on the counter.”

While the MP was making his point, the Speaker of Parliament quickly said: “If it is a tax then it has to have the ratification of parliament.”

He immediately ordered the 3 Standing Parliamentary Committees to investigate whether the imposition has the ratification of parliament or not.

Leader of Government Business, Hon. Mathew Nyuma said the issue has to do with Section 110 Sub-Section(1) and 2 of the 1991 Constitution, which states: “No taxation shall be imposed or altered otherwise than by or under the authority of an Act of Parliament.”

The same Section 110 Sub-Section(2) he furthered, states: “Where an Act enacted pursuant to Sub-Section(1) confers a power on any person or authority to waive or vary a tax (otherwise than by reduction) imposed by that Act, the exercise of power or waiver or variation in favour of any person or authority shall be subject to the prior approval of parliament by resolution passed in that behalf.”

He advised that the Finance Committee must be part of the Committees ordered to investigate and present to the House a report to find out why such an imposition was made without clearance from parliament.

Responding to the two leaders, Speaker Dr. Abass Chernor Bundu revealed that a similar imposition was made in the previous administration but Hon. Chernor Bah said the imposition was kicked against by the House.

He said: “We kicked against it in this House and the point where we reached was if at all they want to do it, it should be included in the ticket.”

The House later resolved to investigate if the imposition was ratified by the house before they can make any decision.

The security port fee was first introduced this year in June 2022 through a press release by Securiport with intention to effect it on 1st July 2022 but this was dismissed by the Ministry of Information and Communications in another press release asking Sierra Leoneans not to adhere to it because they were never consulted.

However, the Ministry of Internal Affairs in a press release dated 26th August, 2022, asked all inbound and outbound passengers to pay 25 USD. Since 1st September 2022, travellers have been paying the stipulated amount for security fee.