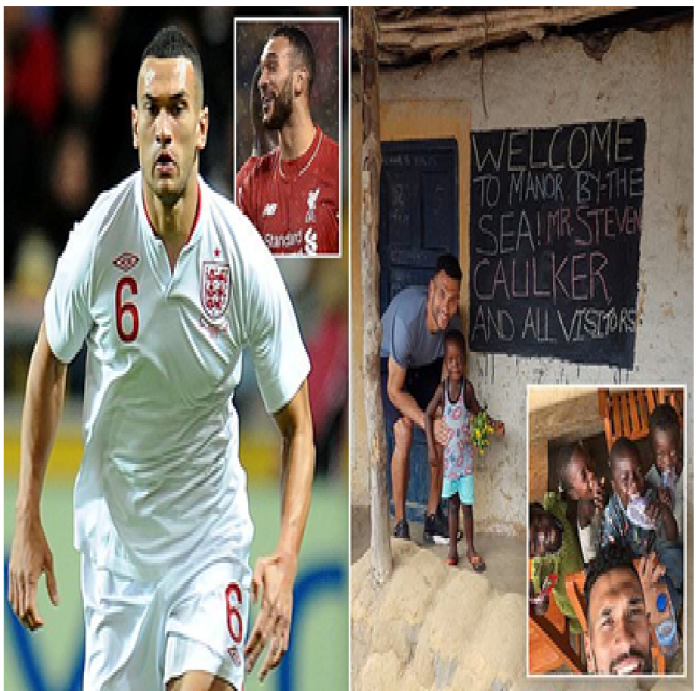 Steven Caulker, an ex-Liverpool defender raised £25,000 as a Cardiff player by selling signed shirts from stars such as Gareth Bale, topped it up with his own money, and built a six-classroom school for 400 children in the Kambia district with the help of the charity Action Aid.

Over the years, the Ebola outbreak has made it difficult for him to visit, but he has done so several times, taking his 10-year-old son Louis and paying a visit to his grandfather’s old village, Manor-by-the-Sea.

“Sierra Leone is a developing country,” Caulker explained. There is a lot of struggle there and because of my grandfather, who moved to London in the 1950s and married my Scottish grandmother, Jessie, I’ve always tried to do my part and be hands-on”. Caulker said.

Adding; “after Ebola, I met families who had lost their parents and worked on projects in the aftermath of the 2017 landslides. One of the things that bring them joy is football. Those children who aspire to be like Kei Kamara or Mustapha Bundu are inspired by our players who grew up in Sierra Leone”.

Steven Caulker is aiming for glory at the Africa Cup of Nations this month Former Spurs player raised £25,000 to build six-classroom school in Kambia.