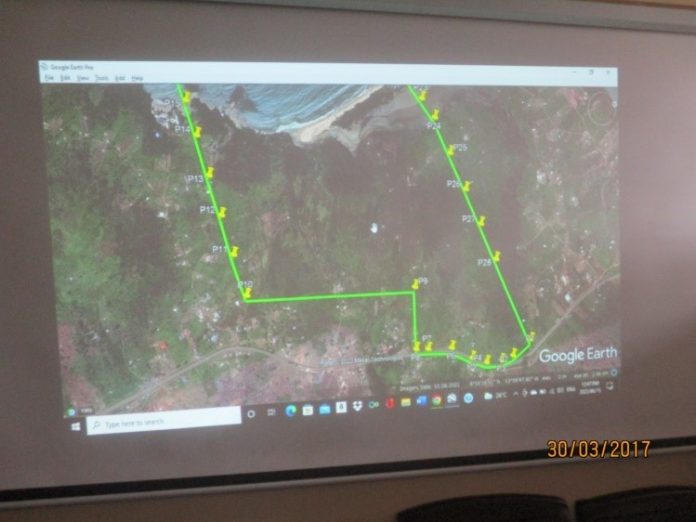 She made this statement at her ministry’s conference hall in Freetown during an Inception Meeting for the Environmental, Social and Health Impacts Assessment studies prior to implementation of the project. Madam Jalloh said the essence of the gathering was to raise awareness  and provide an opportunity for the public, especially key stakeholders  to be involved in the ESHIA process so as to ensure a successfully implementation of the project.

She described the project as a “national issue”, noting that the aspect of providing the ESHIA report is a criterion prescribed by law and called on all for support.

The Deputy Minister of Fisheries, Ibrahim Turay reminded stakeholders about steps government has taken since the idea was conceived to ensure transparency and regard for human rights. He appealed to owners of lands in the designated area to concede and contribute to the implementation of the project as it will usher in lots of developmental programmes in the area.

He also encouraged potential investors, especially land owners to invest in various areas such as tourism after the completion of the project.

Making a power point presentation on the scope of work on the ESHIA Studies, a representative from an independent consulting firm, Black Eagle SL Limited, Stefan Kruger, said their aim was to give a “Birds Eye View” of the project site and perspective of the process, introduce all relevant stakeholders that will be involved in the ESHIA process and allow them to commence the survey with key stakeholders in full acknowledgement of the commencement of the studies. He intimated that multiple surveys will be done through the use of drones to ensure a comprehensive report.

He pledged his organization’s desire to continuously engage the affected community to ensure transparency. A Fisheries Economist, Dr. Andrew Bayor, stressed the importance of the exercise, saying it will address the environmental, social and health impacts on the affected community. He said they are very mindful of the laws governing the project while pledging their desire to protect their integrity and mitigate the negative impacts of the project on the community.

A representative of the Ministry of Justice, Yusuf Sesay, said they will ensure all laws governing the projects are  followed and assured approved owners of lands at the site of government desire to compensate them.

Headman of Black Johnson Community, Edward Samuel Kapkindi while underscoring the importance of the project, thanked government for the initiative. On behalf of his compatriots, he pledged their continued support and looked forward to the successful implementation of the project.

A representative of Land Owners at Black Johnson, Jacob Gooding, said they will continue to complement government in its efforts to promote investments in the country and hoped issues such as Grievance Redress Mechanism will addressed.

Representatives from the Sierra Leone Police, Environmental Protection Agency, Ministries of Environment and    Lands also made meaningful contributions at the meeting which was also attended by Senior Management Staff of the Ministry of Fisheries.