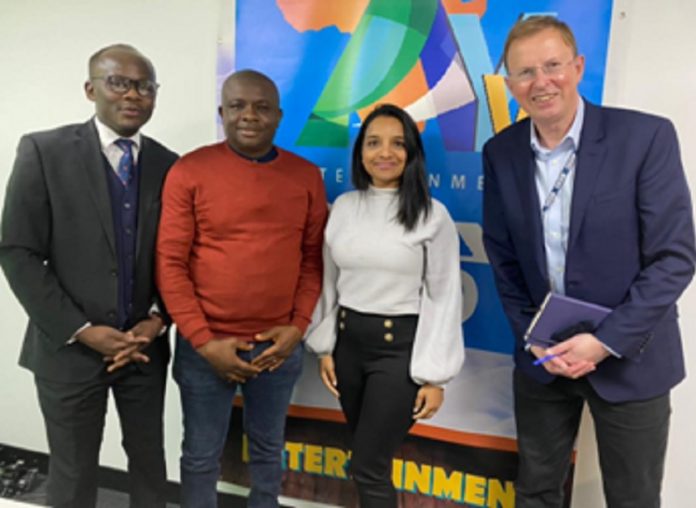 The team, which included the BBC Senior Business Development Manager for South and Western Africa, Steven Martin, and BBC Business Development Associate for West and Southern Africa, ChristellePillay, were taken on a brief tour of the AYV newly established international media centre, in Soho Square, off Oxford Street in the heart of London’s business district.

Messeh Leone, Head of AYV International, described thartnership as a special relationship, noting that both the AYV and the BBC are delighted to continue working together to provide contents, including a new series of innovative and amasing programmes.

AYV and the BBC are committed to leveraging collective capacities to delivernews and contents that complement both institutions’ local and global programmes.

The AYV and the BBC will also continue to provide media professional training programmes in London for AYV journalists and executives. The AYV and the BBC aim to nurture talents, both infront and behind the cameras which is an important part of the partnership between the two institutions, to strengthen and scale the volume and quality of contents.

The AYV and the BBC have set a positive trajectory and have great plans to further deepening the partnership between the two institutions. This partnership is about investment in media resources and in people to develop a platform to nurture ideas, encourage innovative viewpoints and promote the highest standards of journalism.

The AYV and the BBC have fostered a good relationship following the signing of a Strategic Partnership and Cooperation Agreement between the two media institutions.

The Partnership between the two institutions is based upon shared values and common interests, including promoting and supporting good, accurate journalism–based on contents that are ethical, balanced, independent, critical and of public interest.