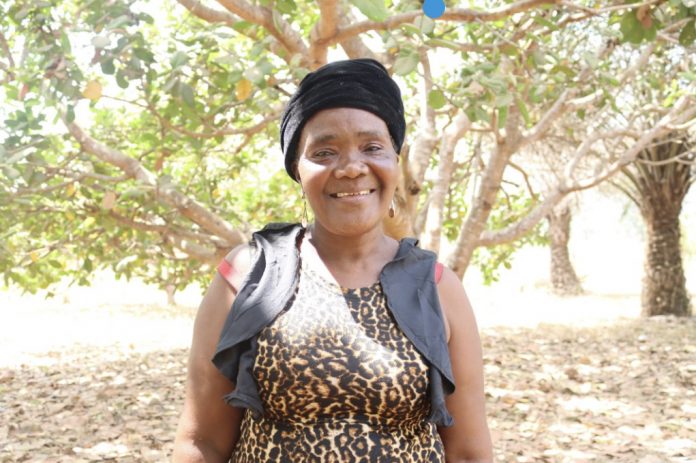 “Despite our role in agriculture and land use, mining companies would infringe on our rights, whereas stakeholders would plan, enforce and adjudicate land issues with mining companies in the chiefdom without the involvement of women,” says Mary Hailowell, Chairlady of Simiria Chiefdom, Tonkolili District.

Women remain extremely vulnerable in prominent mining districts, especially when established businesses (activities of mining companies and their employees) and human rights conflict. Women in these mining communities also complained about issues related to sexual and gender-based violence (SGBV), which are mostly rampant because of increased economic activities.

In 2021, UNDP trained and established in the Simiria Chiefdom a Multi-Stakeholder Platform comprising of local, traditional stakeholders, women’s groups, and civil society on the Guiding Principles on Business and Human Rights as well as on issues related to sexual and gender-based violence. Two months after the training, Mary and seven other women from Tonkolili District representing eight sections in the MSP have now identified themselves as the ‘voices’ of other women in their chiefdom’s Multi-Stakeholder Platform.

They now feel empowered to raise their voices on business and human rights, including the operations of mining companies in their chiefdom, domestic and Sexual and Gender-Based Violence (SGBV), which are issues affecting girls and women as a result of the economic bomb from mining.

These women have moved steps further with their newly acquired skills to embark on community advocacy campaigns to cushion deprivation from basic socio-economic needs.

“Our freedom to express ourselves and right to participate in chiefdom decision-making processes have been enhanced, roads that were neglected for almost five years have been graded, and referral system for survivors of SGBV established,” Mary stated.

Meanwhile, other women in the various constituents have embraced the unwavering leadership of Mary and other female folks in the MSP with positive sentiments. During UNDP’s recent monitoring mission to Tonkolili District, participants and partners expressed upbeat over the new wave of active female involvement in decision-making.

Mining communities are usually vested with different interests – communities want development and decent jobs and protection of their families; companies want to profit, whereas governments want to create employment for their citizens.

“I am positive that amid all these vested interests, my chiefdom and chiefdom structures have become more responsive to SGBV and human rights issues emanating from a mining prone chiefdom where these concerns have been neglected or marginalized for many years”, said Kadie M. Macauley, another female member of Simiria Chiefdom’s Multi-Stakeholder Platform.

Through our implementing partner, the Community Action for Human Security (CAHsec), Simiria Chiefdom Multi-Stakeholder Platform is an approach that is involving all its chiefdom authorities, including section chiefs, ward councilors, women, youth, and council stakeholders to collectively identify and respond to land governance issues and all matters thereby “leaving no one behind”. This initiative fosters effective stakeholders’ engagement in land tenure and deal negotiations, and sensitizes communities on the operations of mining companies.

In Sierra Leone, like in other African countries, many women are disadvantaged in their access to land and other natural resources. Although national laws dictate that women and men have equal access to land, customary land governance systems often do not allow women to take part in decision-making processes.

Thanks to the MSP, Simiria Chiefdom stakeholders have recognized the current need to translate down to the community context and engendered answers to emerging issues on human rights while doing business in mining communities.

Courtesy of the United Nations Peacebuilding Fund, the MSP model was piloted in Moyamba and Pujehun Districts where Grievance Redress Committees (GRCs) were formed and provided opportunities to discuss grievances, seeking stakeholders’ views on how localized resource-based conflict can be resolved locally to minimize tensions. This model seeks to promote peace and social cohesion in these areas through a combination of peace dialogues.