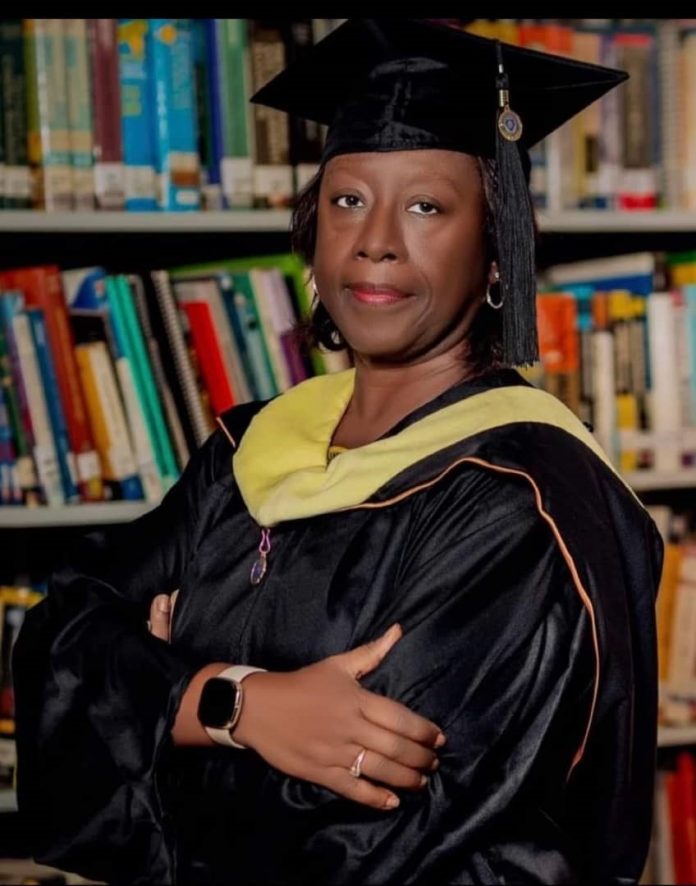 One of Sierra Leone’s foremost higher education institutions, Institute of Public Administration and Management (IPAM), University of Sierra Leone (USL) has scored another historic first in the appointment of a female in the person of Professor Miriam Conteh-Morgan to serve as Deputy Vice Chancellor (DVC).

Following her appointment, the Sierra Leone Club of Columbus in Ohio, USA (of which she was an executive member) in their congratulatory message pledged their unreserved support to enable her succeed in her new job.

He went on to state that Miriam Conteh-Morgan is the perfect person to lead the exciting next chapter of IPAM and to serve as the first female leader of one of Sierra Leone’s higher institutions of learning.  She will lead IPAM with intelligence, dedication, honesty and integrity. Students have no idea how lucky they are to thrive under her leadership.

Prof. Miriam Conteh-Morgan while serving in her capacity as Treasurer of the Sierra Leone Community of Ohio was very instrumental in ensuring the shipping and delivery of beds to the topmost referral hospital in Sierra Leone – Connaught Hospital.

The message concluded noting that the Sierra Leone Community of Ohio wish IPAM family of students, faculty, employees and alumni all the best as Prof. Morgan-Conteh leads the institution.

One old student of Ohio State University said of Prof. Morgan-Conteh: “She lectured at the Ohio State University (the largest university in the USA) teaching African Literature, as a reference Librarian that proved to be a very stimulating and academic experience in a top-tier research institution. The student added that while there, Prof. Conteh-Morgan grew intellectually and professionally published articles and books and was promoted Associate Professor in 2005. He added that they will dearly miss her.

On her return to Sierra Leone in 2013 after resigning from her post in the Ohio State University, her influence and presence have been greatly missed by students and colleague lecturers alike who describe Prof. Conteh-Morgan as a pragmatic and very reliable lecturer and a woman with a strong and desirable character. Her role as DVC at IPAM would no doubt bring more development to university education in Sierra Leone.