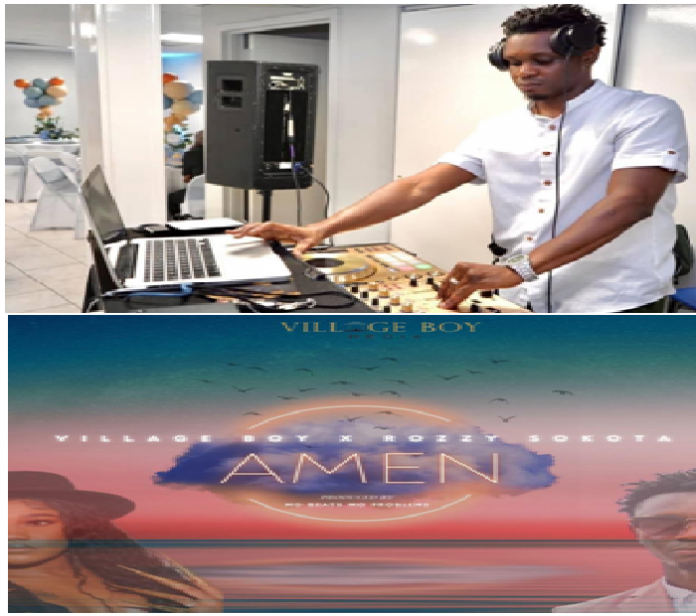 A brand-new song titled: ‘AMEN’, released by Sierra Leonean born Maurice Mac Kabangai commonly known as Village Boy is currently toping the chat in the entertainment arena in the United States of America and other parts of the world.

Born in October 13, 1988 in Mattru Jong, Village Boy is a Sierra Leonean afrofusion singer, songwriter, cooperate event DJ and video producer who currently lives in the United States of America.

He made his music debut in 2020 with his single Girls on Duty and has since released other hit singles like ‘Tap Am Dae’, ‘Money Remix ft Rozzy Sokota’ and now, ‘Amen’.

He prides himself as a creator of ‘Timeless Music’ and he founded and is currently signed Village Boy Media LLC. He is a college graduate, entrepreneur, husband and father of one.

He is poised to become one of Africa’s most consistent afrobeat/afrofusion hit music makers. All his songs, music videos and other video projects are available for streaming on YouTube and all Major music streaming platforms.

He is also hot on all his social media handles including Instagram: villageboy4u, Tiktok: villageboy4u and Facebook: VillageBoy

The new hit, ‘AMEN’ is thrilling and is approved for playing in Churches, clubs and the streets.