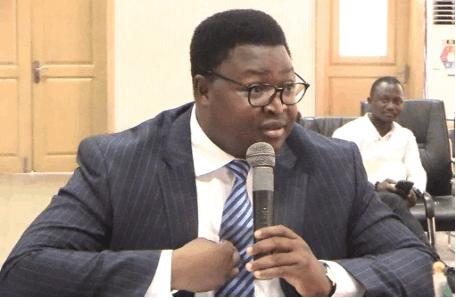 He noted that such decisions will help the government achieve its goals, especially in the education sector which has 22% of the budget which he believes the mining sector can help.

While speaking, the Minister of Mines and Mineral Resources, Timothy Kabba affirmed that it is not the intention of government to stifle any individual in the mining sector but to enable all other miners to have competitive opportunities in the sector which is the broader vision of the government.

He said the rail and port belong to the people of Sierra Leone and that there is a need to maximise the benefits of the rail and port by providing access to the many existing mines and potential mines in the corridor, to open the infrastructure to passenger carriage and also other non-mining commodities.

In addition, the minister said giving the rail and port to an independent operator who is not a mining company will promote transparency and also increase export volume.

“We have to think big, we have to make difficult decisions,” he said, while recalling that Sierra Leone missed a fantastic opportunity in the mining sector in 1972 when the country had inherited and nationalised the National Diamond Mining Corporation (NDMC). Similar decisions were to be made which was not done because by then there was no better understanding of the financial, technical and labour implications of having 51% while the investor had 49% in that arrangement and the country could not contribute according to the percentage of equity the country had by then which made NDMC not to survive.

While explaining the challenges, the minister said: “In 2021, there could have been no better opportunity for us. The Mines and Mineral Act this House graciously enacted was influenced by many interests. Whether it was government, ministries, agencies and departments. Even our development partners had immense interest in the Mines and Minerals Act.”

He said that he feels bashful whenever people say Sierra Leone cannot show anything for all of the minerals it has when the royalty from bulk minerals is 3%, “but these contents of our actions are actually dictated by this very many interests, and sometimes our development partners, so we do not have the liberty and latitude to have big shares in our mineral resources,” he said.

The minister concluded that all these are happening because the country depends on handouts and cannot make critical decisions and stand by them.

“If we cannot free ourselves from these handouts, the rail and port infrastructure is that bottleneck that holds our mining sector to ransom.” The mines minister stated, noting that the new Agreement will open the mining sector and for the first time, Sierra Leone will stand to benefit.

He said this is because the Cabinet has just signed a mining SPV that will be collecting critical assets that are not owned by any mining company but by the Government of Sierra Leone, that will be responsible for dressing these assets to put them out in stock exchange for attraction of the right investments.