“We don’t know the where about of the Gender Bill”, says Hon. Zainab Catharine Tarawally

“We don’t know the where about of the Gender Bill”, says Hon. Zainab Catharine Tarawally 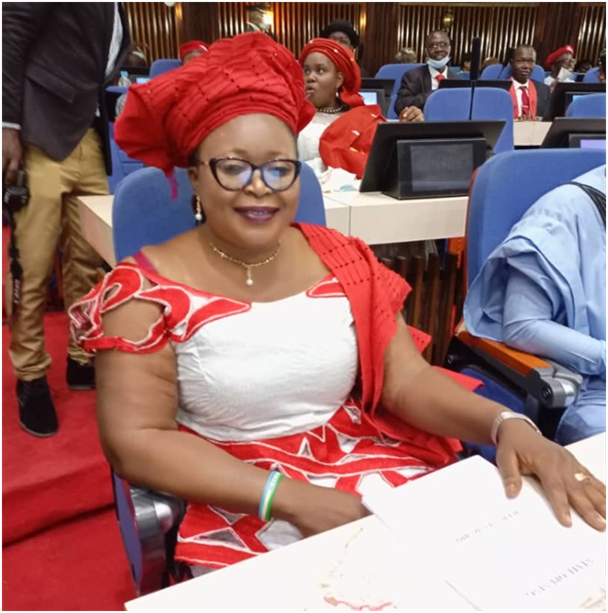 The chairperson of the Parliamentary oversight committee on Gender and Children’s Affairs, Hon. Zainab Catherine Tarawally has said they do not know the where about of the Gender Bill after it was read for the first time by the Minister in the chamber of parliament.

The Member of Parliament revealed this during a dialogue session hosted by the Parliamentary oversight Committee of Political and Public Affairs in committee room on Tuesday 1st November, 2022. The discuss of the Gender Bill came up during the dialogue on the Propositional Representation system of elections with Civil society activists, representatives of Political Parties, former members of parliament and other stakeholders. The dialogue brought series of argument on advantages and disadvantages of PR especially in terms of women representation.

The chairman of the Political Affairs Committee, Hon. Kandeh Yumkella asked if the Gender Bill is in parliament when the chair of the Parliamentary Committee on Gender and Children’s Affairs said “the Gender Bill came to Parliament months ago, it was with us and the first reading went through, after the first reading, that was the end, we did not see the minister.” She went on to say that the only time she heard about the Gender Bill was during the debate on the 2022 Public Elections Act when the Leader of Government Business publicly told her that he had received recommendations or an addendum to the Gender Bill “I  said Publicly in the well and the hansards are there to prove me wrong or right, I said it’s wrong, you cannot receive an addendum single handedly without the house knowing that there are addendum to the bill, if you have received alone it is in your hand so it means we don’t know the where about of the Bill,”  Hon. Tarawallie ended.

The Gender Bill which seeks to ensure a 30% quota for women representation in parliament but after the first reading was done earlier this year, nothing has been heard of it but efforts were made to bring clause for 30% quota for women and youth in the 2022 Public Elections Bill but that did not happen. However, a provision that each political party must ensure at least three women be part of those that will be given symbol.