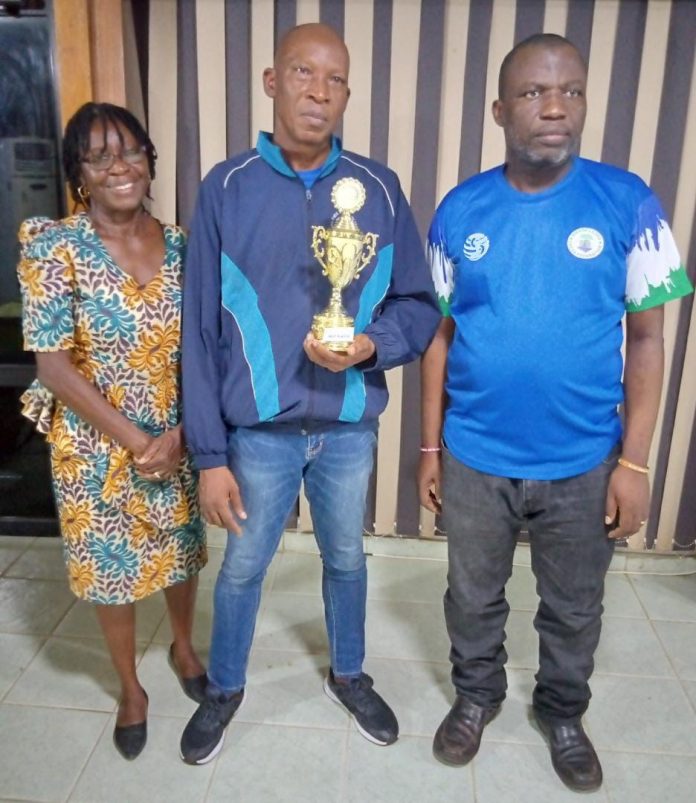 Chess as a sport in the country is among the over fifty registered sporting Associations under the National Sports Authority. The one-day competition for rated and unrated players was in memory of their long-serving secretary General.

President of the Sierra Leone Chess Federation Ansumana Kamara says it was an internationally rated tournament for them and videos and scores on the outcome will be sent the international body.

Winston Gerald Monsfreld Thomas winner of the Samuel Kenneth Olu Agbaje (SKOA) Memorial Chess Tournament expressed gratitude for the day competition, noting his victory is for the chess family and hoping to have regular competitions to bring more players to know the sports.

The winner of the Sierra Leone Chess Federation and Samuel Kenneth Olu Agbaje day competition to secured the golden trophy and a cash prize of (NLe1,000). Other cash prizes were given to rated and unrated chess players.

The Inspector General of Police (IGP) William Fayia Sellu has admonished recruits at the Sierra Leone Peacekeeping and Law Enforcement Academy at Hastings on...