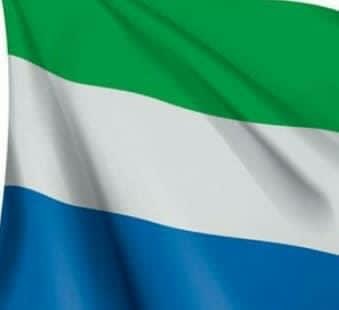 Sierra Leone will tomorrow 27th April, 2022 celebrate its 61st birthday since it gained independence in 1961 from its colonial masters, Great Britain on 27 April 1961.

The government has announced tomorrow a public holiday in Sierra Leone to celebrate the day which is a National Day.

Since the 15th century, Sierra Leone had been an important staging post for European colonists. The region reputedly got its name from a Portuguese explorer who named the shape of the local hills after a lioness – Sierra Leone.

The British began to take an active role in Sierra Leone as both a trading port to send slaves from and as a place for freed American slaves to live following evacuation in the American War of Independence. The capital, Freetown, was founded as a home for repatriated former slaves in 1787.

British colonial control of Sierra Leone began in the early 1800s. After 1807, when the British Parliament passed an act making the slave trade illegal, the new colony was used as a base from which the act could be enforced.

In 1951, the Sierra Leone People’s Party (SLPP) was formed and some local powers were given in 1953. The first parliamentary elections took place in May 1957 with the SLPP winning the most seats under the leadership of Sir Milton Margai.

In April 1960, a series of conferences were held and as a result, at midnight on 27 April 1961, Sierra Leone was granted its independence from the UK ending almost 150 years of British colonial rule.

In the ceremony at Brookfields Playground in Freetown, the Duke of Kent handed over royal instruments recognising Sierra Leone as an independent nation as the nation’s new flag was unfurled in front of the cheering crowds. Sir Milton Margai became the first Prime Minister of Sierra Leone.

Previous article
With more local and international sponsors coming in:
Next article
ACC’s Intervention in the IsDB-Supported “Gietrenk” Project
Business