As SLFA Provides Parental Consent Forms for U-15 Male Team

As SLFA Provides Parental Consent Forms for U-15 Male Team 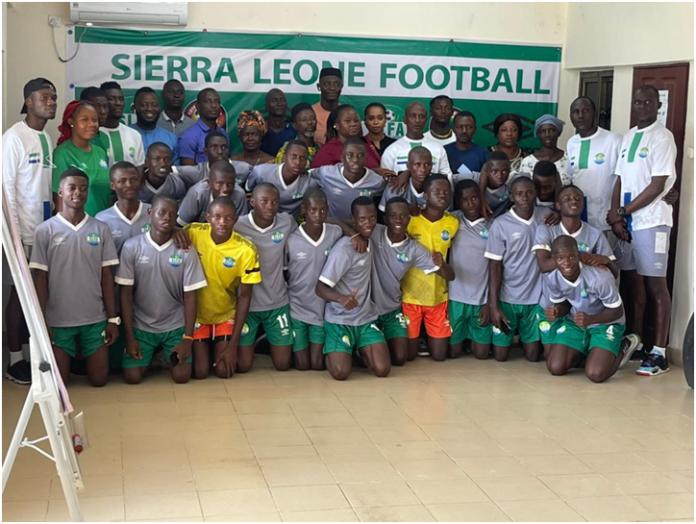 The Protocol and Events Department at the Sierra Leone Football Association (SLFA) on Friday provided parental consent forms to parents and guardians of the National U-15 players.

This is to ensure parents and guardians of these players give their consent, for SLFA to travel with them in and out of Sierra Leone to participate in football related activities. This process serves as one of the many child protection procedures the FA is observing in youth football.

It should be noted that, for years now, players’ profiling, archiving and record keeping have been a major problem in the country’s football development. Thus, this roadmap will help the Football Association to keep data and statistics of these young players as they journey through their football career.

Speaking at the gathering, the National Youth Football Coordinator, Almamy Kuriash Conteh called on parents and guardians of the National U-15 male players to ensure that they take their time to fill the documents so that the wrong information about their child or ward is not given to the SLFA.

He further encouraged them to monitor their child or ward’s academic performance in school. As he puts it, “We at SLFA believe that football and education go together, and that, if any U-15 player does not want to take his academic work seriously, we will not allow him into the squad”.

The National U-15 male team will train and camp in Makeni on Monday before leaving in August for Liberia as the team prepares for the International U-15 Championship.