The implementing agency of the Ministry of Tourism and... 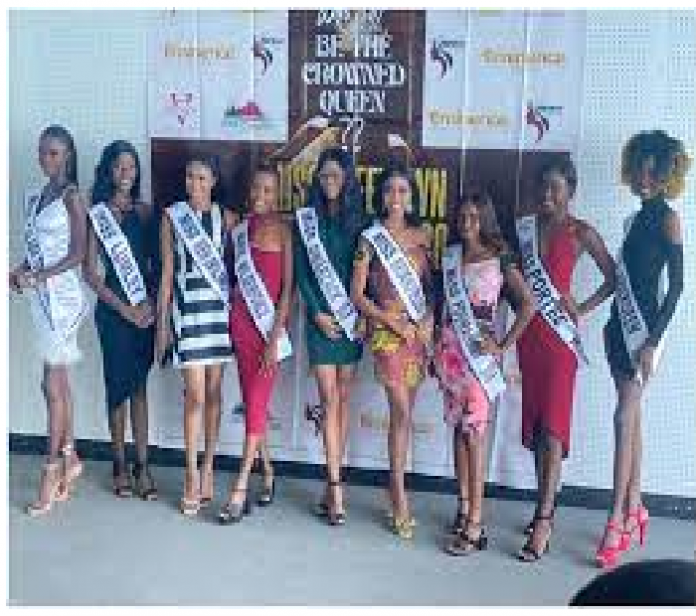 Lake Production, in partnership with Eminence Africa, has given a cash prize of One Hundred and Fifty Million Old Leones to all the contestants that participated in the just concluded 2022 Miss Freetown Beauty Pageant.

It is the first time in the history of pageantry in the country, for all participants to receive a cash prize.

The Star Prize for the winner was One Hundred Million Old Leones including Fifty Million Old Leones in Service as listed: Eventful Make up, Monthly Hairdressing (12 months), Monthly Photo-shoot (12 month), Monthly Salary (12 months), a Four (days) vacation to Ghana including tickets, hotel and feedings, 6 months internet subscription worth $500, Financial incentive for all 6 contestants, an annual branding support on all her social media platforms.

The landmark event took place at the Eminence Africa Conference Room on Pademba Road in Freetown.

Speaking during the event, the Chief Executive Officer of Lake Production, who also doubles as the CEO of Miss Freetown Limited, Alhaji Kamara aka LAJ K, said what they are doing is historic and geared towards the rebranding process of pageantry in Sierra Leone furthering that after Miss Sierra Leone the other pageant that is widely considered is Miss Freetown.

He noted that it is an opportunity to have worked with Eminence Africa, stating how they are reliable also underscoring how they made no mistake in partnering with them.

According to him, the process was credible and very transparent with the winner emerging out of consensus from the audience.

LAJ K commended the Mayor of Freetown, Her Worship Yvonne Aki-Sawyer, for her tremendous support towards the success of the Miss Freetown Beauty Pageantry and also commended Sarah Solomon for giving back to young people after winning the Miss Sierra Leone few years ago.

He revealed that, giving cash prizes to all the contestants has never happened in the history of pageantry in the country.

He further revealed how the ladies were hosted for seven days and how they were well taken care of prior to the contest.

The Executive Director of Eminence Africa, Sarah Laura Solomon, expressed how happy she is that everything turned out well even though they had challenges.

She disclosed how she is very passionate about entertainment and how she cares about making impacts.

She maintained that, the ladies gave their best, supported and cared for one another further emphasizing that Miss Freetown is only for a day, and how they have so many places to meet after Miss Freetown.

She encouraged them to be open minded, grab opportunities and make impacts adding that if at any time they have any project they can get on to them for their support.

The winner, Miss Brookfields, a 21-year-old who is a second-year student of the Chemistry Department, Fourah Bay College, stated that she participated in the contest because she wanted to change the narrative that if someone is in the Sciences, or doing any other serious courses he or she is not permitted to participate in other courses.

She maintained that, she was really excited to be part of the contest and emerging as the winner, even though she was the youngest also expressing her thanks and appreciation to her manager, her family and well-wishers for their support.

The father of the winner, one Abdulai, expressed his gratitude to Lake Production and Eminence Africa for giving such a privilege to his daughter. According to him, the process was credible, stating how he will lead the campaign for parents to start allowing their children to participate in pageantry as the narrative about it has been changed.