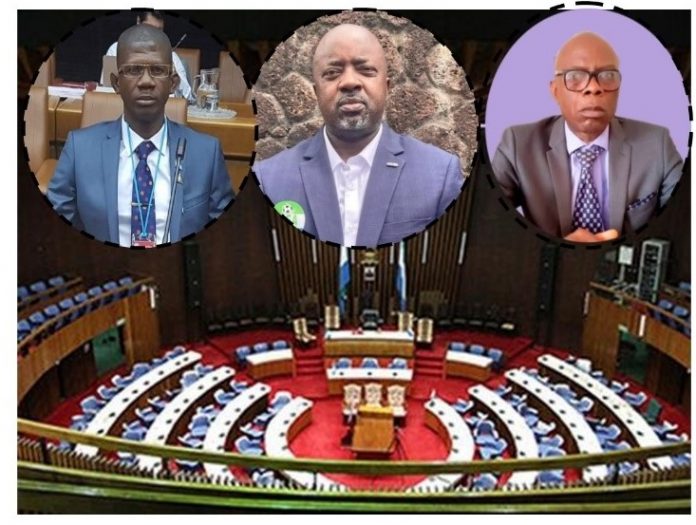 This was communicated in a letter to the Permanent Secretary of the Ministry of Sports from the Office of the Clerk of Parliament dated 18th November, 2022.

The Sports stakeholders are required to submit 17 copies of the full list of the 51-Man delegation that travelled to Dubai and their respective roles indicated therein; the total amount of money disbursed by the government to the NSA for the Dubai trip, official receipts and all supporting documents on expenditures for the Dubai trip to the Committee Secretariat not later than Friday 25th November 2022.

This development is coming at a time when most citizens are calling on the Anti-Corruption Commission (ACC) to investigate the delegates of the Sierra Leone National Football team Leone Stars and all officials that are involved in the team’s trip to Dubai.

Reports have it that the Leone Stars traveled to the UAE ahead of two friendly matches, that were never sanctioned by FIFA, this month.

With several controversies surrounding the trip, there are claims that there has not been any concrete report from SLFA and other national sports bodies on which of the players and officials were called up for the friendly matches, and why a delegation of 51 people traveled just for two unofficial friendly matches.

Interestingly enough Algeria’s National team 1 was to play Sweden on that same day, so because of this Leone Stars have no option but to play the Algerian home base team 2 as a substitute for the A team.

With these confusions, reports are that the football authorities are being held to account for their actions and inactions as they appear to be blamed for such an unplanned trip and have asked the ACC to institute a thorough look into the trip as they believe that majority of the officials who made the trip are there just to enjoy the jolly ride and the collection of per-diems as they have no significance to either the players or the matches.

President of the Sports Writers Association Sierra Leone (SWASAL), Sahr Morris Jr. said the sports authorities owe an explanation to every Sierra Leonean and that they should also answer other important questions such as: What is the total cost of the trip? Who organised the friendlies? What is the engagement fee? Who are the opponents to be played etc?

He further stated that the Leone Stars’ trip to UAE is suspicious, and the government and the agencies heading the sports sector in the country should be responsible and accountable when carrying out their duties.

Sahr Morris jr. concluded that the trip to UAE is a sheer waste of limited national resources that could have been used in other sport-related activities, and it is a total disrespect to the local media and the citizens of Sierra Leone for the authorities to make such an international trip without officially informing the public, he added.

“These people owe Sierra Leoneans a lot of explanation, this is very unfortunate and a sheer waste of limited resources. The government and its agencies responsible for sport in the country should be more responsible, transparent, and accountable. It is a disrespect to the local media and citizens for the authorities to make such an international trip without officially informing the public.”, Sahr Morris Jr.

All attempts to reach SLFA, NSA and other sports stakeholders to comment on this proved futile. However, this press stands always ready to give the right to respond whenever they are reached.