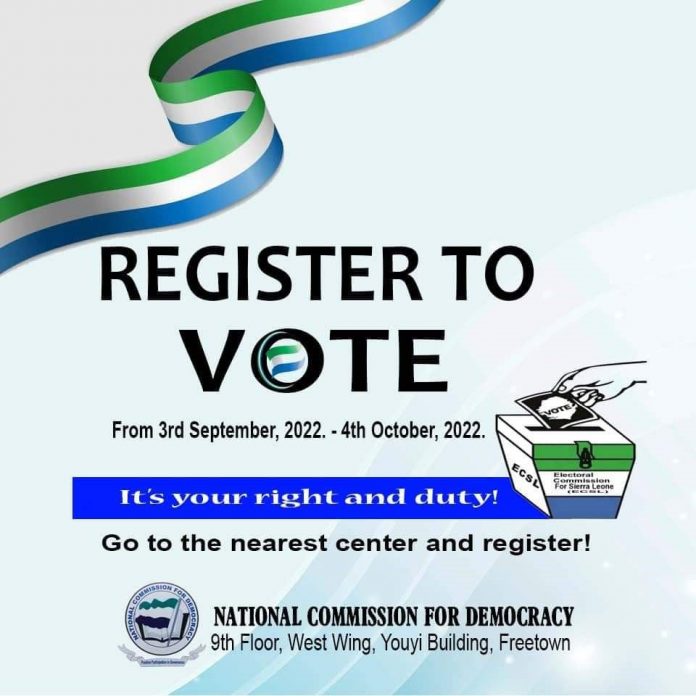 The Chief Electoral Commissioner for the Electoral Commission of Sierra Leone (ECSL), Mohamed K. Konneh has announced that out of 80% of 1,815 centers opened during the first phase of the voter registration process, 1,345,176 have registered based on provisional data.

He said for the first phase they have challenges which they shared with stakeholders, adding that the Commission is grateful for the teamwork of all our staff and observers, noting that, they have met those challenges encountered during the commencement of the process. He stated that action such a charging of the equipment (Vx VIU SOLAR BATTERY), first time voters have been addressed. He added that they have put in place generator hire scheme, bike, adding that they have undated the VVK to capture all fist time voters who will 18 years old on 24 June 2023.