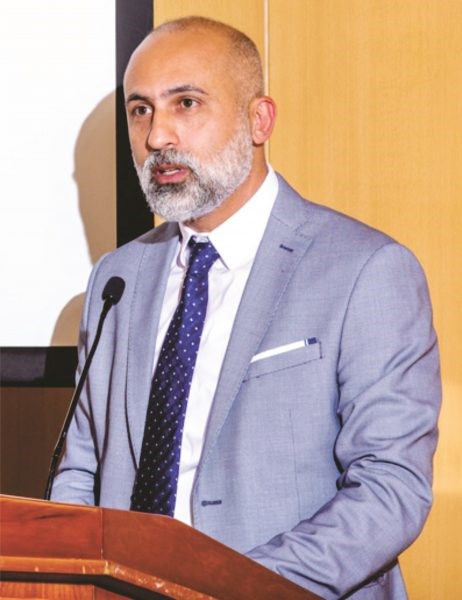 The Managing Director of Africell, Shadi Gerjawi has urged parents and pupils across Sierra Leone to prioritise education.

He was speaking during the official opening of the St. Luke’s Catholic Junior Secondary in Wilberforce, Freetown yesterday 18th October, 2022, where he further urged the children to make great use of the opportunity given them to learn.

Also present at the ceremony was the First Lady of Sierra Leone, Dr. Fatima Maada Bio who was thanked by Shadi for her continued support to the children, especially the girl-child and women of Sierra Leone.

The Africell chief said his Company has over the years identified education as a key Corporate Social Responsibility pillar, which is why when they are approached to support such projects, they respond without holding back.

To sustain this, Shadi went on, the Company has invested not only in joint projects of this nature with learning institutions but has also provided basic computer programming education to students from primary to university level by hosting the first-ever coding boot camp in Sierra Leone.

He said recently, Africell opened a learning centre that will be used as a resource centre to train and prepare future leaders.

“Let me add also, that the results from public examinations show that there has been a giant leap in the quality of education provided across the board and not just in Freetown. Most significantly, is the fact that girls are emerging with some of the best results at all levels. We should be proud of them.” Shadi said.

He said this is why Africell is identifying with that success by contributing to education and learning projects.