As predicted at AYV on Sunday… Kaifala Marah abandons government

As predicted at AYV on Sunday… Kaifala Marah abandons government

Following the recent upsurge in the global prices of...
News 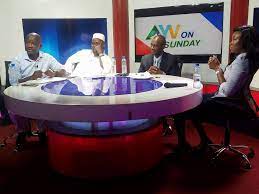 As if to validate predictions on the live audience AYV on Sunday show in which the presenter repeatedly reiterated the possibility of more resignations, the President’s office announced on Monday that it had accepted the resignation of the now former Bank Governor.

Presidential Spokesman Abdulai Bayraytay claimed the government was not under attack in any way, nothing that the earlier resignations of the two presidential advisers and the ambassador to China were discretional.

Bayraytay mentioned “there are certain provisions in our constitution whereby some of these people resigning are not obliged to resign if they have any ambition for the presidency.”

According to him, there are no vacuum in government, noting that the government continues to provide essential services for the people.

Bayraytay spoke of the possibility of the president still consulting with his advisers even after they left.

“The requirement for resignation was spearheaded by Parliament; probably I will say parliamentarians at that time were edge for any kind of challenge so they wanted people who are in public service to resign twelve months before they contested election,” Ansu Lansana highlighted.

He opined that the law was kind of meant to target certain people and now affecting others negatively.

Responding to the question of whether or not the Ernest Bai Koroma’s led government currently under siege, Barrister Ansu Lansana said the law on resignation was a political witch hunt orchestrated by the drafters and it currently affecting it drafters.