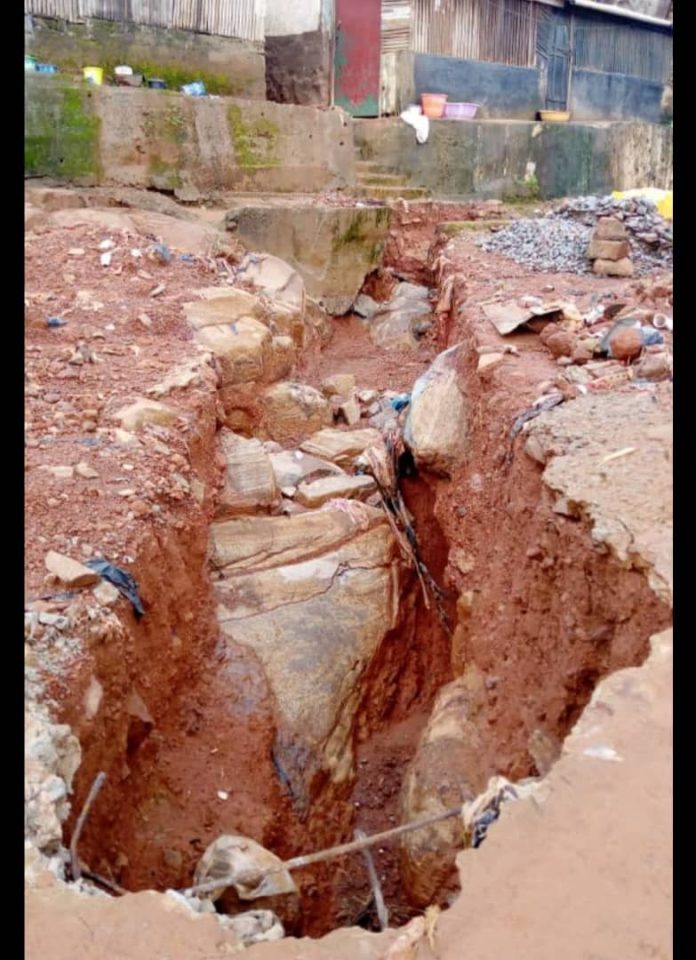 Some residents at Leicester Road community have raised concerns over the deplorable condition of the road after construction was put on hold five months ago. These residents said that accessing the road is more difficult than ever before.

The Leicester is a large community that host thousands of people overlooking the capital because of the hilly nature. The community has series of challenges but poor road network is a major problem for residents causing access issues. One of the residents Kadiatu Kamara pleaded with government to ensure the construction is completed for easy access pointing out that there are cases of   Pregnant women have been delayed to labour because cars find it difficult to access the road “the only means of transportation here is motorbikes which is risky especially with cases of accidents that have taken place here” she said.

Kadiatu is not the only person who shared her experience, Foday M. Bangura; a young commercial bike rider at the Leicester Road community said “the road is one of the most dangerous roads in Freetown; I had an accident here on the 8th August 2022 where I almost lost my life because of the bad road network.” He added that they were happy when the project started five months ago but everything is on hold “we don’t know what the reason is but we are hoping that it is sorted out soon because we have been suffering to access the road for the past seven years now” he said.

Moses Kargbo, another resident said “even the construction is poor because the drainages are improper and when it rains flooding takes place affecting people even though most people here use sacks filled with gravel as makeshift mechanism to prevent water from entering their houses yet, the water still comes in.”

Responding to the concerns raised by the residents, the Communications specialist for Sierra Leone Roads Authority, Keifa Mohamed Jaward said that the Leicester community road is not under maintenance but under reconstruction. He added that the first phase of the work has started already with proper monitoring, and they have recorded the challenges for necessary action. “Road Construction is not rain friendly, this is why construction work has been put on hold but we are expecting them to continue as soon as the raining season ends and government will also step in to resume operation,” he said. Keifa added that during the inspection of road, the concerns raised by the residents were channelled through community stakeholders while assuring them government is committed towards the project. He ended up pleading with the residents of Leicester to continue to exercise patience, as their burdens and challenges will reduce when the road is constructed.