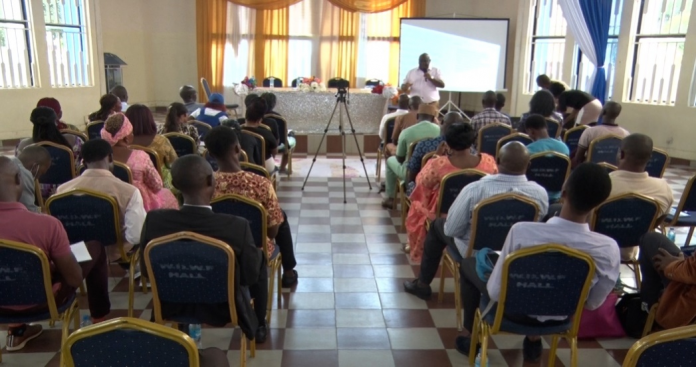 The National Democratic Institute has engaged women from all political parties on the development of a manual for multi-party capacity building.

A case study by the UK Department for International development reveals that women in Sierra Leone are poorly represented in parliament and local governance. The National Democratic Institute  said they believe that women need to be capacitated to hold different political roles ahead of the country’s 2023 multi-tier elections.

The need of the engagement is to increase dialogue among political parties and citizens on issues of national importance by providing the platform to share policy positions and solutions to citizen’s concerns, amplify the voices of marginalized groups and also to provide wider involvement of citizens through radio discussion.

Speaking to AYV, Country Director for National Democratic Institute, Mohamed Ibrahim Konneh states that the engagement seeks among many things to capacitate women from all political parties.

Chairman of Political Parties Registration Commission, Abdulai Bangurah said that the manual is aimed at enhancing the participation of women in politics and also to encourage them to participate in state affairs.

He furthered that political parties should endeavor to empower women and allow them to actively participate in the country’s political affairs.

President for All Political Party women Association, Augusta JamesTeima said that such issue will help to put modalities in place for the things mentioned in the manual to work because if they are kept under the carpet, people will not be aware and may not even have ways and means to do things that will facilitate the empowerment of women in their various political parties.

National Democratic Institute is expected to be involved in every phase of the electioneering process from combating disinformation to building capacity of candidates.

Mohamed Konneh further that as part of their wider work in Sierra Leone and through research they have conducted in the last one (1) year, most political parties have developed specific inclusion plan and one of the key action point was to strengthen the capacity of their women members.