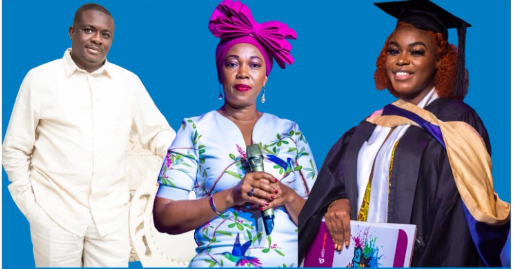 By Strategic Communications Division, Office of The First Lady

The First Lady of the Republic of Sierra Leone, Dr. Fatima Maada Bio has saluted the bravery and professionalism of partners and sponsors of the Housemate Season 3 TV Reality Show, which has boosted the country’s entertainment industry.

She made these remarks while addressing jubilant supporters at the final of the Housemate Season 3 which was hosted by the Africa Young Voices Media Empire and Africell SL Limited.

Dr. Bio described the Founder and Chief Executive of AYV, Amb. Anthony Navo (Jr) as a patriotic Sierra Leonean with a vision to positively contribute towards the development drive of the nation.

“Navo is one of the special people Sierra Leone is blessed to have and I am proud to call him my brother,” the President’s wife disclosed.

According to her, she will forever be proud to associate with Navo’s projects the same way the latter has supported all her national development projects from day one.

She assured the organisers and the general public that next year’s show will be a whole lot different from this year as she would like to be part of the organising team to ensure the success of the show and boost the country’s image the more.

She applauded the team of sponsors, organisers, participants and fans for a show well produced and served.

Juliana Conteh aka Julie Tombo emerged as the winner of the two hundred and fifty thousand new leones and round trip to Dubai star prize in a reality TV show that attracted some 22 young Sierra Leoneans.